WILLS FOR YOUR PET? 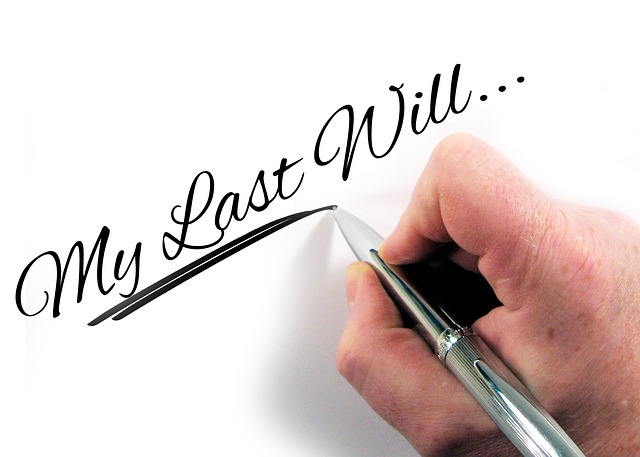 As we evolve from pet owners to pet parents, the question of wills is bound to come up.  And it has.

Provision after death for pets has been going on for a long time.  In 1880 animal lover Jonathan Jackson left money to build a safe cat house where his cats had bedrooms, a dining hall, an auditorium to listen to accordion music, an exercise room and a roof for climbing. His reasoning? “It is a man’s duty as lord of animals to watch over and protect the lesser and feebler.”

As western and some other societies, have evolved to treat animals as family members, wills that protect “furry kids” have become more and more common.

Some celebrities have drawn attention to this phenomenon.  Joan Rivers’ will recently made provision for her four dogs (as well as her daughter and grandson).  They will move from her Manhattan condo to live with Jocelyn Pickett, one of her personal assistants. Notorious hotelier Leona (Mean Queen) Helmsley may have evaded taxes, but she left $12 million to her Maltese terrier Trouble in 2007.  Dusty Springfield (Glenn Gould’s favourite singer) made elaborate provisions for her cat Nicolas, when she died of beast cancer in 1999 at the age of 59.   Nicholas was to eat only baby food, live in a 7-foot indoor tree house, and be “married” to a then 5-year old English Blue cat belonging to Springfield’s friend Lee Everett-Aiken. Oprah has made it clear she has left plenty (said to be $30 million) to have her many dogs looked after when she dies.

Some Bequests are bizarre. Heiress to the famous London bookseller, W. & G. Foyle, Ltd., Miss Foyle left $27,000 to her 50-year-old pet tortoise Silverstone. Patricia O’Neill, the daughter of the Countess of Kenmore, left £40 million to her pet chimpanzee, Kalu.  But by the time she died in 2013, she had lost most of her money.

The richest furry heir so far is German Shepherd Gunther IV.  In 1992, Karlotta Liebenstein, a German countess, left more than $65 million to her German Shepherd Gunther III.  Gunther IV, his offspring, inherited the estate—then worth $200 million (now supposedly $372 million).  In 2000, Gunther IV’s caretakers bought him a $7 million mansion in Miami (formerly owned by Madonna) where he roams the grounds freely, and a doggie playroom. Gunther IV also owns several villas in Italy and the Bahamas.  He dines on steak and caviar daily.

Why do pet owners do this? The answer amounts to this.  “My pet is loyal.  My pet loves me unconditionally.  That can’t be said of my family or friends.”  Millionaire or not, many see pets are family, and will stop at nothing to care for them.

Others, who also care for their pets specify in their wills that their pets are to be euthanized when they die.  Their argument?  Same as those who leave millions.  They love their pets so much they don’t trust any one else to care for them the way they did.   Vets usually oppose the very thought of putting down a healthy animal.  Some judges have declared such clauses “void.” And wills of this sort have been successfully contested in the past.

If the idea of including your “furry kids” in your will appeals to you, here are a few important tips.

-Name a caretaker to administer what you leave a pet.

-Discuss details and wording with a lawyer to avoid confusion.

England has approved will provisions to benefit specific animals for over 100 years.  But the US and Canada are just catching up.  It looks as if pet trusts will be the norm before too long.

Did You Know?  Twelve percent of Americans now include pets in their wills.  What do you think?  Will you leave a will for your pets?

Next post The Difference Between an Education and a Degree