The Difference Between an Education and a Degree 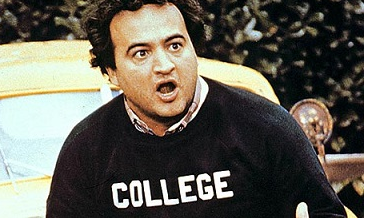 My wife Megan is the smartest person I know. I’m not saying that because I’ve done something wrong (at least recently, anyway) and am trying to make up for it. She really is an extraordinarily smart person. She passes her time reading books about ancient South American archeology, and is learning Spanish via an app on her iPhone.

Megan’s career is also changing. Our kids are growing up, and our oldest is a freshman in high school. Our youngest just entered the first grade. And, after more than 10 years as a stay-at-home mom, Megan is looking at her career options outside of the home. One of the things she would like to do is work in our children’s school, and not just because our kids are there. She genuinely likes kids, and is great with them.

But she faces a barrier: she did not finish college, and short of being the crossing guard or the lunch monitor, she is not getting a job in the school system without a college degree. She has looked outside of the school and found the same thing: while her years out of the workforce are a barrier, the lack of a degree is a killer.

Megan’s experience has been a first-hand reminder of the difference between an education and a degree.

That last point is one that is used a lot in the argument against a college education. But the overwhelming majority of people are not Steve Jobs or Bill Gates, or even aspire to be a Gates or Jobs. And for every Bill Gates and Steve Jobs there is an Elon Musk or Nolan Bushnell—entrepreneurs who spent a lot of time in classrooms, completing degrees.

I have met people who have a degree, but no education. At the same time, some of the smartest and most interesting people I know never set foot in a college. They were smart and interesting because they read, they were curious, they learned things for the sake of learning, and they pushed themselves to learn about the world outside of the small part of it they called home.

It’s Not Either/Or – It’s Both

In education articles there are always comments that amount to “a degree is useless, you could learn the same things at a library”. You can learn a lot at the library, but as Megan has discovered, prospective employers don’t care what you’ve read at the library.

That said, you will be a less actualized person if you limit your education to your degree. Education is a lifelong process, and means expanding your horizons beyond what you already know and think.

More than likely you will need a degree to get a job, but you absolutely need an education to build a successful career and a fulfilling life.

As far as Megan goes, she’s taking a class at our local community college next semester. I’m really proud of her—setting foot on a college campus when you have a kid in high school is a tough thing. But without a doubt, she will already be the most educated student there. (And the prettiest*.)

*She reads these articles. But it’s still true.