CANCER AND CELLPHONES: Not Looking Good 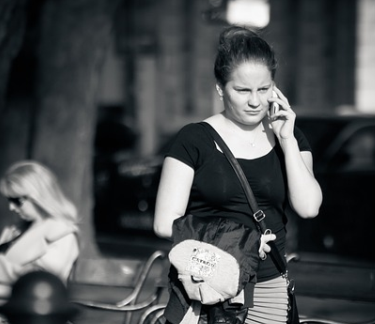 You have probably heard the link up before between brain cancer and cellphones, but a large study out of Sweden now seems to show a further correlation, even adding cordless phones on to the list.

Research published  in the Journal Pathophysiology  last month looked at  1,498 patients that had malignant brain tumours and 3,530 control subjects to see if the cancer was affected by a cell/cordless phone use.

Results seemed to indicate that the longer the subjects used the phones, the more likely development of gliomas (a tumour in the brain or on spinal cord that is 80 percent of the time malignant).

The risk was even three times higher after prolonged use of 25 years or more and for those who had used a cell phone for a long time on the same side of the body consistently. Those who had been using cell phones for less than a year were the least at risk.

According to the National Cancer Institute it is the electromagnetic radiation emitted by the phones that affects the brain tissues, yet the full scope of understanding of how this may cause cancer is not yet known.

Studies are ongoing to more fully assess potential long-term effects of mobile phone use according to the World Helath Organization.

What do YOU think? Could you do without your cell phone? Do you think they really are a danger? Comments Welcome!!