Chili Cook Off TURNS UP THE HEAT on Crime 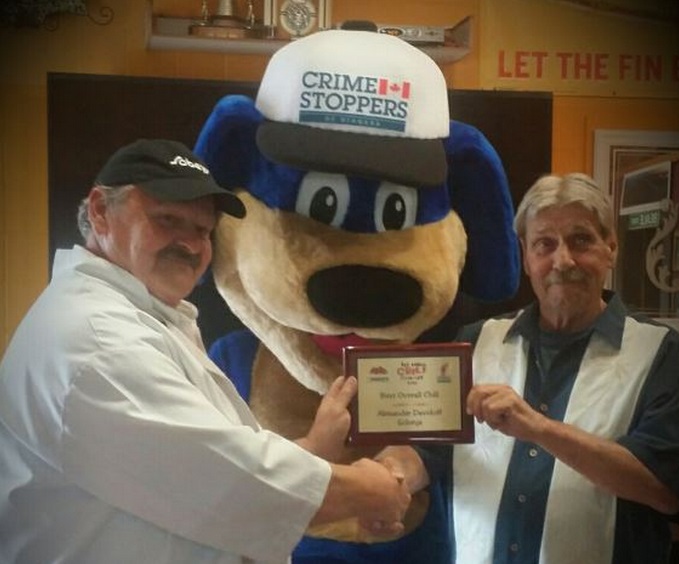 The first Annual Chili-Cook Off hosted by Puddy’s Bar and Grill in St. Catharines was a big success and not only was the chili fantastic but $1000 was raised from the event in support of Crime Stoppers of Niagara.

The event which originally took place in March saw tons of culinary talent strut their stuff and many “secret recipes” got a taste test by the masses which resulted in some good eats and fierce competition! The winners who were recognized last night at Puddy’s  included:

John Pollard the owner of Puddy’s officially handed over the 1,000 cheque last evening to Crime Stoppers of Niagara saying, “This was a great event which will get even better next year, all done for an important cause in our community and we’re glad to support it”.

Crime Stoppers of Niagara fund raises all the money it needs to hand out rewards to persons who provide information that leads to a successful arrest of person(s) that have either committed, about to commit or are currently committing crimes in the Niagara Region and Michael White the Executive Director said “It’s partners such as Puddy’s Bar & Grill that assist Crime Stoppers of Niagara in continuing what we do and have done for 30 years in Niagara.”