The REAL BULLETS Are The Ones YOU CAN’T SEE 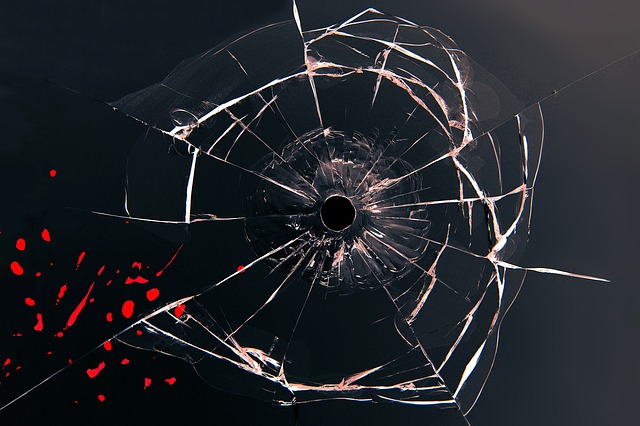 We all follow the news to some degree and hear the stories of bullets flying in places like Ferguson, Missouri. But there are, other “bullets” we can’t see because they fly too slowly. Metaphorical bullets, that is.

The human brain is hard-wired to time horizons that pertained over the ages in our native savannahs: the flight of our prey, and the pursuit of our predators, measured in minutes; variations in the landscape, and the composition of the clan, measured in seasons. We are largely insensate to timelines too short or long to have mattered there. Our notorious tendency for shortsighted policies may seem like a modern failure, but it’s really a primitive liability. We react to the immediate. Minutes and months and seasons matter. All else is too fleeting, or too far off.

And so, if whatever is analogous to the sequence of finger on trigger, followed by bullet hole through body part, happens too fast, or too slowly- we don’t see it. We work in seconds, but neither nanoseconds, nor decades.

Those slow bullets are most important to modern epidemiology. The projectiles of outrageous fortune that cost us the greatest loss of years from life, and life from years, fly in slow motion. When enough time elapses, we lose the connection between trigger, bullet, and metaphorical bullet hole. We suffer the bullet hole, and never indict the finger. So the bullets just keep flying. I hasten to note that I am not in any way repudiating the importance of actual guns and bullets, and their relevance to public health. And I know very well that what matters most to any one of us is what touches us most personally. If a bullet invades your family, or mine, we may become rather intolerant to such talk of metaphorical bullets.

But that is exactly why epidemiology (the branch of medicine that deals with the incidence, distribution, and possible control of diseases and other factors relating to health) matters; it helps us see past the personal, to the prevalent.

What affects the most people matters most not because of the applicable statistics, but because statistics veil people every bit as real as you and me. Everyone subsumed within public health statistics, such as the annual number of myocardial infarctions, or the incidence of diabetes, or the prevalence of dementia- is a real person, just like you and me, with a family just like yours and mine. Epidemiology and public health matter because there is no “public”- there is just you, and me, and everyone else who bleeds, and suffers, and hopes, and aspires just as we do.

And yet they are not, because it all happens too slowly. Because the bullets in question fly in slow motion, over a span of months, and years, and decades rather than minutes- and we are blind to them. They are the bullets we cannot see.

They are junk foods, sometimes blatantly on display, all too often, in disguise. They are the displacement of daily motion by ever more technology. They are the apathy of a culture that has known for decades how to prevent up to 80% of all chronic disease, but does not. They are the hypocrisy of a culture that wrings its hands about epidemic childhood obesity and diabetes and worse, but keeps marketing multicolored marshmallows as part of a complete breakfast, peddling toaster pastries as an alternative, and using bacon as a garnish. We see bullets fly, and however dysfunctional our ultimate societal response proves to be, we at least have the decency to notice, and be indignant, and outraged at the wrongs as they happen. Right now, our nation is riveted by the tumultuous tale of racial tensions, and abuses both by, and of, the police. This will, ideally, lead us to better policies, and better understanding. The hope that it might lead to less reliance on guns in the first place seems an increasingly unlikely one in our culture, despite support for that proposition by a decisive majority. We are certainly a democracy in principle; in practice, it is at times less clear.

In any event, we may move on except to note that shootings do, reliably, capture our attention. When there is a massacre in a school, it is rightly on the marquee of the evening news, if, wrongly, only so until our lamentable attention spans are spent. When a cop is shot, or a cop shoots an unarmed person, usually with a different level of skin pigment, it captures our attention. What grabs us is the consequence, conjoined to the obvious causal pathway: finger, trigger, bullet, blood. We see it; we get it. It all corresponds to the Paleolithic timing of our brains.

Not so, chronic diseases. We look on apathetically at an endless parade of unnecessary victims to operating rooms, and coronary care units, and endocrinology visits, and oncology visits, and neurology visits. They are not victims of these resources; they are victims of a culture that provides these resources to treat the very diseases it propagates, for profit, and fails to prevent even though it could- as much as 80% of the time.

When we learned recently, and not for the first time, that our food supply was being willfully manipulated to maximize the calories it takes for us to feel full, propagating obesity and chronic disease for profit- where were the indictments?

If these great, big, Homo sapien brains of ours are as useful as we like to think, it is time to defy the primitive time horizons that have defined the biological bounds of observable peril. The mind and the will can choose to see what the eye was adapted to ignore.

We have mostly been ignoring a causal sequence of preventable calamity because the cause and effect of it does not correspond to the temporal imperatives of the Stone Age. But we are not in the Stone Age anymore.

And the bullets doing the most damage are the ones we cannot see.