HATE SMALL TALK? Here’s One Approach You MUST Try 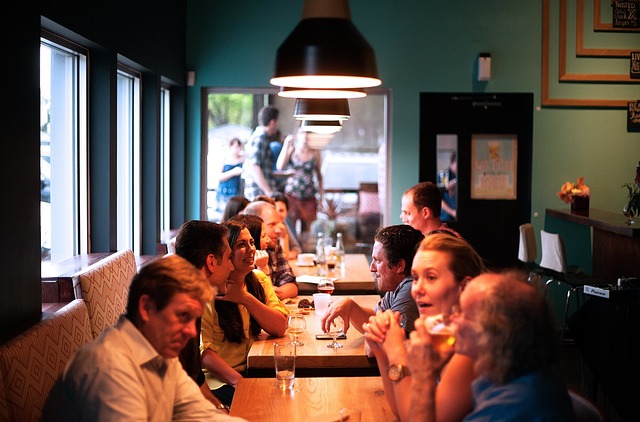 I was at a conference with a client. Everyone knew him. He was the guy. I was just some guy with him. No problem… until he got pulled away.

Then I was just some guy who didn’t know a soul. And I’m really, really bad at being that guy.

Instantly, I’m shy and insecure. I dread the thought of walking up to people I don’t know and making small talk. Not because I don’t like people, but because in that situation I really don’t like me. I’m not outgoing, I’m not gregarious, not extroverted. I’m the ultimate wallflower. So I did the little moonwalk shy people do when we want to slip unnoticed to the edge of the crowd. I smiled at people who made eye contact, nodded to others… but stopping to actually talk was a prospect too uncomfortable to entertain.

Then a guy walked over. “Hello,” he said. “My name is Bond. James Bond.” (Not his real name, but he turned out to be so smooth and self-possessed it might as well have been.)

Finally I couldn’t stand it. “How did you do that?” I asked. “How do you walk up to complete strangers and make small talk? I’m terrible at it. I always feel like I’m forcing myself on people. I think I’m being presumptuous. I think, ‘Who wants to talk to me?’ Yet you make it seem so easy.”

He said it wasn’t easy for him either. He said he always feels uncomfortable mingling with people he doesn’t know. “Tell me this,” he said. “Do you think it’s presumptuous when people walk over to speak to you? Does that make you uncomfortable?”

“Absolutely not,” I said. “I’m really glad when they do. I’m grateful.”

Try it. If it’s painful to mingle, if it’s awkward to make small talk, use those feelings in a positive way. Turn sympathy for yourself into empathy for another. Go rescue someone.

Just introduce yourself to people and ask a basic question: what they do, where they’re from, why they’re attending. You don’t need to be a conversational genius. The people you rescue won’t notice. They’ll be too busy feeling less like wallflowers and more like people who belong — and they will always remember that it was you who made them feel that way. Next time, instead of focusing on how uncomfortable you feel, focus on making just one other person feel more comfortable.

What do you think?  Good advice?