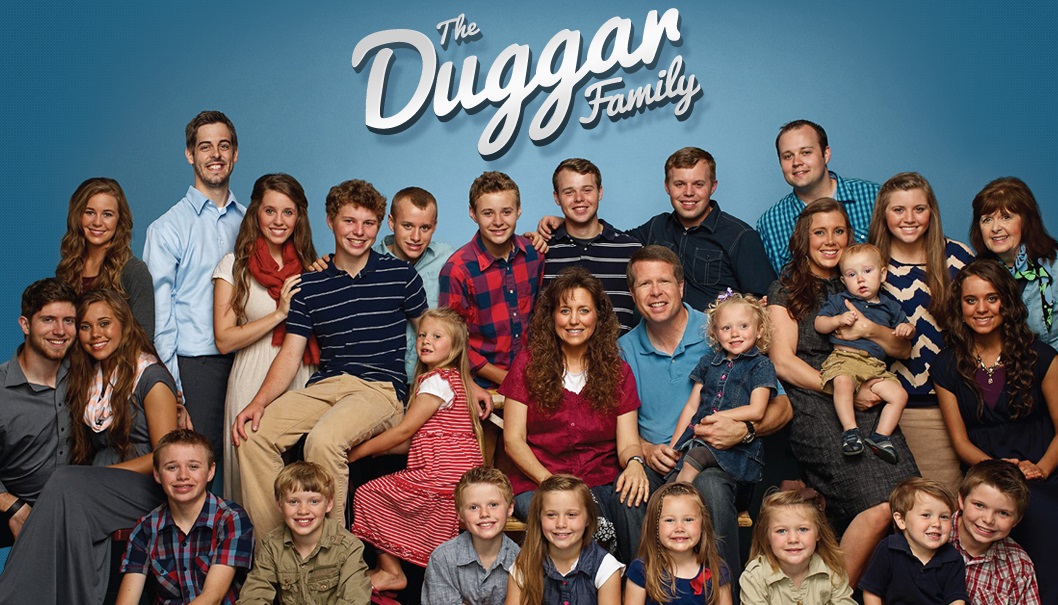 What seemingly was a program that was as squeaky clean as they come has now gone down a different path.

TLC has pulled “19 Kids and Counting” after one of its stars 27-year-old star Josh Duggar admitted to molesting children when he was a teen (including his sisters).

19 Kids and Counting (formerly 17 Kids and Counting and 18 Kids and Counting) was the American reality television show that featured  the Duggar family from Arkansas: parents Jim Bob and Michelle Duggar and their 19 children—nine girls and ten boys, all of whose names begin with the letter “J”. Since the show began, three of the children were married, and several grandchildren were born.The series began on September 29, 2008.

Josh Duggar who is the eldest son of Michelle and Jim Bob made a posting on his family’s Facebook page on Thursday where he talked about his actions and apologized.

Here is some of the post:
Twelve years ago, as a young teenager I acted inexcusably for which I am extremely sorry and deeply regret. I hurt others, including my family and close friends. I confessed this to my parents who took several steps to help me address the situation. We spoke with the authorities where I confessed my wrongdoing and my parents arranged for me and those affected by my actions to receive counseling. I understood that if I continued down this wrong road that I would end up ruining my life. I sought forgiveness from those I had wronged and asked Christ to forgive me and come into my life. I would do anything to go back to those teen years and take different actions. In my life today, I am so very thankful for God’s grace, mercy and redemption.

For the time being the show still appears in TLC’s schedule, but its future is not clear.

MORE BACKGROUND ABOUT THE DUGGARS:

The Duggars live in Tontitown, Arkansas, and originally appeared in several TLC and Discovery Health one-hour specials, mostly focused on four of Michelle’s last five deliveries. Jim Duggar has an older sister, Deanna, who occasionally appears on the show. Michelle Duggar has six siblings. The couple met in the early 1980s when Jim Duggar and a fellow church member were sent for a follow-up visit after Michelle Duggar experienced a religious conversion.  Jim and Michelle were married on July 21, 1984.[8]

The Duggars chose to wait before having children and used birth control pills in the early years of their marriage. Their eldest child, Joshua, was born in 1988. They resumed using oral contraceptives after Josh’s birth but conceived again despite this precaution. Michelle miscarried that pregnancy. Michelle has mentioned that they named that child Caleb, despite not knowing the baby’s sex for certain.  The Duggars believed the miscarriage was due to their use of contraceptives, and decided to stop using birth control. They decided to “allow God to determine the number of children they would have.” Michelle soon became pregnant again, this time with her first set of twins, Jana and John-David. Michelle has given birth approximately once every year and a half since the decision to stop contraceptive use.

The Duggars are devout Independent Baptists and are adherents of the Christian patriarchy movement. They only watch programs they consider to be wholesome family television and various historical events. Their Internet service is filtered. They adhere to certain standards of modesty in clothing in accordance with their religious beliefs. Shorts and tank tops are prohibited, and the women do not wear skirts with a length above the knee. According to Michelle, the Duggars feel that exposure of the thighs amounts to “nakedness and shame”, and runs the risk of “defrauding” others by encouraging lustful thoughts. They avoid beaches and swimming in public to negate the possibility of exposure to other women and “lustful thoughts” by their men. Female family members do not cut their hair short, and males are clean-shaven and short-haired. They practice chaperoned courtship, instead of typical dating, which includes rules against such things as any physical contact. The suitor must ask permission from the young woman’s father before approaching her for a courtship and before proposing to her.

The children are homeschooled using a mix of materials, including “Switched On Schoolhouse”, Institute in Basic Life Principles (IBLP), and Accelerated Christian Education (ACE) Several of the older children use the CollegePlus! program for post-secondary studies.

The Duggars use a buddy system to raise their children, in which an older child is assigned to a younger sibling and assists in the latter’s primary care. According to Michelle, “They help with their little phonics lessons and games during the day and help them practice their music lessons. They will play with them or help them pick out the color of their outfit that day, and just all of those types of things.”

Michelle Duggar won the 2004 “Young Mother of the Year Award” in Arkansas, which is sponsored by American Mothers Incorporated.

Jim Duggar served in the Arkansas House of Representatives from 1999 to 2002. He was defeated for the Republican nomination for the U.S. Senate by incumbent Tim Hutchinson in 2002 by a vote of 71,576 to 20,546. He later became a real estate agent and investor. The Duggars’ income is derived from rental proceeds of commercial properties they own. They live debt-free, which Jim Duggar has said is “the fruit of Jim Sammons’ Financial Freedom Seminar” which he attended years ago. (Sammons’ Seminar is endorsed by IBLP.).

Construction of their 7,000 square-foot (650 square-meter) house began in 2000 when they bought the lot and ordered the frame. Discovery Networks completed it, finding local Arkansas construction workers to donate their skills and time. The home was completed on January 20, 2006. Some of the painting, decorating, furnishings, appliances, and other finishing touches—such as a stocked pantry — were provided by Discovery Networks and corporate sponsors as part of the one-hour television special entitled 16 Children and Moving In.