UBER – The Future of Cabs? and a trip with Deadmau5

About 500 cab drivers staged a protest outside of Toronto City Hall against Uber today (Uber develops, markets and operates the Uber mobile app, which customers use to request a ride from regular drivers who have signed up with Uber, set a pick up and drop off location, and get a cost estimate before confirming the request).

The cabbies’ demonstration coincides with the beginning of a three-day court hearing into the city’s request for a permanent injunction to block Uber’s operations in Toronto.

Critics have been particularly vocal about the company’s UberX service, which allows unlicensed drivers to offer rides in their own vehicles.  Some cab companies have complained about Uber, arguing the company can offer lower prices and take in higher profits by escaping licensing fees and higher insurance rates.

There is also debate about what Uber actually is…a cab company or a technology company and if so …how should it be regulated?

Either way, in our quest to find out more about Uber, we found that Deadmau5 is not only a fan, but a participant…..nice! 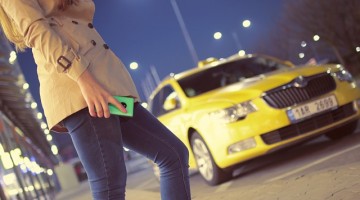