Cool Career Tips from Grandma…Check it Out! 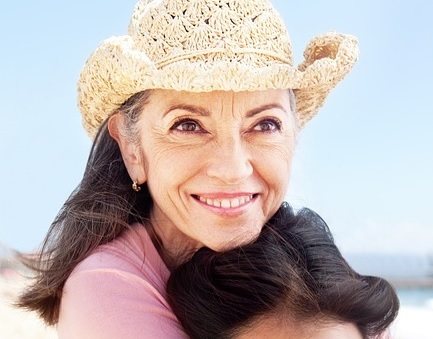 Being old is considered a bummer in lots of our North American culture.  But is that really the case?  What would an older woman ….one who has lived a long life, made mistakes, had successes, had families or not had families, and who are willing to talk about all of it say?

Here are five career insights that were gathered in a recent interview from a much older successful woman that still works today.  Her WORDS OF WISDOM are amazing and ring relevant in so many ways. Because with age comes a lot of EXPERIENCE, so lets take a look shall we?

Or “step out to the edge of the precipice”. Getting away from what you know is hard an uncomfortable but necessary to achieve anything substantial.  The interviewee knew she wanted to be in politics but she was terrified when she landed an early role dealing with budget issues. An old (male) lobbyist stopped her in the hallway one day and said, ‘We’re going to be watching you.’ The learning curve was tough. But gaining that knowledge of the budget’s inner workings gave her immense confidence to tackle other issues later. It laid the foundation for the rest of her career. You Don’t Always Need to Have the Answer

If you’re female you know how unnerving it is not to have the right answer to something when you’re on the spot. You feel discombobulated, like you’re not good enough and that others are judging you for not knowing. Men, it seems are much more comfortable blustering than women are. Don’t know the answer? They fudge it. Women don’t do this to anything like the same extent. But there’s nothing wrong with saying, ‘I’ll get back to you on that.’ One local voter remembered her fondly years later because he’d once asked her a question she couldn’t answer on the spot, but she did her research and responded later. Note to self. Don’t Worry Too Much About Your Kids

The older woman interviewed had four children with her first husband, to whom she was married for decades, and like virtually every mother who works outside the home she often felt she should be in one place when she was in another. Here’s what she said about her kids:

“I think they’re generally proud of me. They did not grow up with helicopter parents. They had to learn to be more independent earlier, they learned to cook, and I did have help, not a full-time nanny but somebody always there when they came home from school.” She pointed out that kids need you just as much when they’re teenagers (even if they won’t acknowledge it) as they do when they’re little. I’ve heard this from other mothers too – that they wanted to be home more when their children were teenagers, because the teenage years are often when emotional problems kick in.

She has a good relationship with all her children and grandchildren and added that she was sure she would have been a WORSE mother had she limited herself and felt confined in her choices.

You Can’t Make Everybody Happy

Especially in politics (and at home), but in other jobs too. Not everyone will like you, and it is even harder if you a woman….perhaps it is those motherly instincts.

You Have More In You Than You Think

BELIEVE you can make a difference and that your voice counts and then test it. Again take risks. Once you get going and put your toe in the water it will get easier.  Have good support around you if possible too because some of us JUST NEED AN ENCOURAGING PUSH!

What do you think?  Good advice, what would you add or take away from this ?  Comments Welcome!