Honda Indy in Toronto Today – A Wet and Wicked Ride! 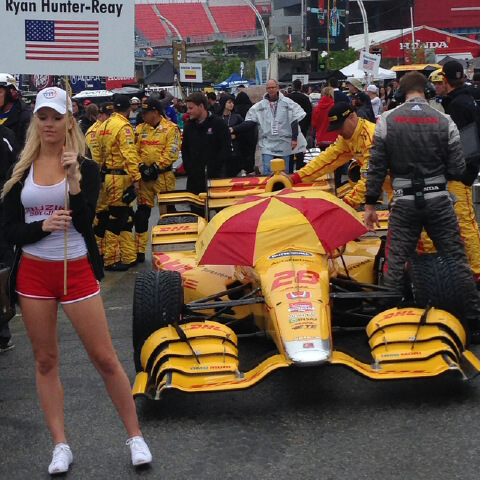 Josef Newgarden took the lead on the 72nd lap and held on to capture the Honda Indy Toronto race today!

Newgarden, a 24-year-old native of Henderson, Tenn., completed the 85 laps around the 1.755-mile, 11-turn Exhibition Place street circuit first for his second win on the IndyCar circuit this season.

Teammate Luca Filippi was second just 1.4 seconds behind, followed by Helio Castroneves in third as drivers battled wet conditions early as well as in the latter stages of the race.

There were no Canadians in the 23-car field but James Hinchcliffe of Oakville, Ont., recovering from a serious leg injury sustained in an accident last month, served as grand marshal.(Pictured below) Some of the qualifying highlights: