Dip in the Pool Anyone? – New Study Shows PEE Not CHLORINE the Cause of Red Eyes 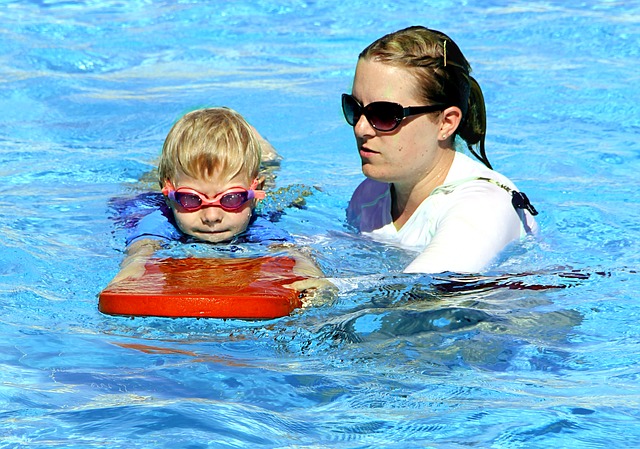 Not the kind of news that you really want to hear as we head into the season of dipping into public pools, but hey,  at least you’ll know what you’re getting into…literally!

Chlorine has long had a bad reputation for irritating the eyes of swimmers, but as it turns out in a new study by the CDC (The U.S. Centre for Disease Control) who teamed up with the Water Quality and Health Council and the National Swimming Pool Foundation, it’s not the chemical itself turning your eyes red after a swim — it’s everything else in the water that chlorine goes in to eliminate.  In particular pee.

But very few folks actually pee in a pool right? Um, wrong. Approximately 58 per cent of Canadians admitted to peeing in the pool at least once in a recent survey of 9,500 people conducted by Travelocity.

So this information is actually something that needs to be taken seriously.  In a fact sheet released by the group’s findings, that smell of chlorine that you sometimes get is not actually chlorine at all.  What you smell are actually chemicals that form when chlorine mixes with pee, poop, sweat, and dirt from swimmers’ bodies.… these chemicals — not chlorine — can cause your eyes to get red and sting, make your nose run and make you cough.

A companion report published by the National Swimming Pool Foundation, an American non-profit dedicated to aquatic health and safety added on to this idea. “Chlorine and other disinfectants are added to a swimming pool to destroy germs,” said Michele Hlavsa, chief of CDC’s Healthy Swimming Program, in a release. “Peeing in a pool depletes chlorine and actually produces an irritant that makes people’s eyes turn red.”

Another aspect of this report dispels the common myth that peeing in a pool will result in colour changes as it reacts with the chemicals within. The facts are that this is completely untrue and that swimmers’ eyes are the real colour indicator that someone might have peed in a pool.

So if you are feeling a little grossed out now, red eyes are apparently one of the mildest potential ailments that can be caused by human waste in a public pool. So brace yourself….

According to the CDC the “irritants” mentioned can move into the air surrounding a pool and trigger coughing, wheezing, or even asthma attacks. Even infectious diseases known as recreational water illnesses.

The reason for this? People who swim while they have diarrhea can unleash even very tiny amounts of germs like Cryptosporidium , norovirus, and E. coli. into the water. Swimmers who are sick with diarrhea, or who have been sick in the last two weeks, risk contaminating pool water with germs. Certain germs that cause diarrhea can live from minutes to days in pools, even if the pool is well-maintained. Once the pool has been contaminated, all it takes is for someone to swallow a small amount of pool water to become infected. BOTTOM LINE: It’s not rocket science people!  Swimmers should use the pool to swim, the restroom to pee and the showers to wash up before getting in the pool. As for me, a nice dip in the lake sounds about right this summer.