Smartphones in the classroom: Smart Or Just Plain Stupid??!! 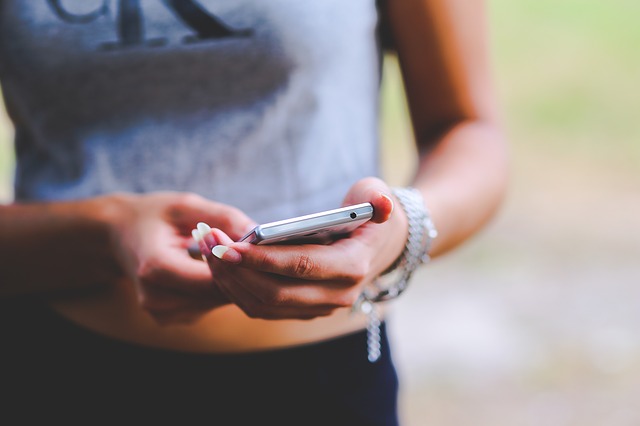 Smartphones are a part of everyday life….but is there a time when they need to be put away….let’s say for education’s sake?

Students are on their way back to class soon and most of them for better or worse will be bringing some kind of electronic devise with them.  A report last year found that just among Grade 4 students, 25 per cent had a cellphone; for high school students, close to 90 per cent have smartphones.

There was first resistance to the trend.  For example, the Toronto District School Board, Canada’s largest, banned cellphone use in class from 2007 to 2011. New York City had a cellphone-in-school ban for years.  But the policy is hard to enforce and instead it has been found that rather than trying to fight it, incorporating them into the curriculum makes the most sense. Looking at Schools that have Implemented Technology
Some schools currently have classes that implement something called 1:1 policies — meaning every child gets a standardized tablet or laptop issued to them.  Experts that support it say that if it is done properly it is an excellent teaching tool that highlights many technology skills plus helps address the needs of children with learning challenges.

One of the first districts in North America to implement 1:1 for every student was the Eastern Townships School Board in southern Quebec. It gave out 5,600 laptops to every pupil from Grades 3 to 11 starting in 2003.

There was a study done about the technology’s impact called the karsenti study.  The result were positive.  Karsenti’s study found : The board-wide dropout rate has fallen from nearly 40 per cent to under 20 per cent, the school district’s ranking among provincial boards has shot up, and students have actually become more attentive and motivated as they can research and collaborate online.

But the study warned that laptops and mobile devices aren’t magic bullets, and simply giving one to every student without first training teachers and revising their teaching styles can be a nightmare.

Case in point: an abandoned $1.7-billion project to give every L.A. school student an iPad. The Los Angeles Unified School District tried to lock down the tablets so that students couldn’t install games or stream TV shows. Instead, kids hacked them.The mistake was to believe that by putting iPads in the hands of students, they would start learning right awaybut the reality is that schools have to train teachers and teach students how to be productive when using the technology.

A 1:1 policy can BE VERY PRICEY  for schools. That’s partly why some provinces that have tested it, like Alberta, have since tailored their approach, preferring what’s known as bring your own device, or BYOD. Lots of teachers comment that there experiences have been positive with electronic versions of a lot of literature available these days and that kids can even watch certain things, like a Shakespeare play in action for example, rather than just read it which facilitates understanding.

One downside, of course, is students rarely learn cursive handwriting anymore, or practise much handwriting at all…..(but does anybody really use that anymore anyway)?

But what about the distraction?

Even with all the pluses of learning, is there not a risk of kids doing stuff they shouldn’t be doing while in the class…online chatting for example?

Educators say with good classroom management, clear expectations and rules for their students, and lessons designed to be engaging by incorporating mobile devices everything can work for the best however.

Regardless of all the pros and cons of technology, educators agree there should always be tech down times when students set aside their devices to focus on classroom discussions, tests, lectures or peers’ presentations.