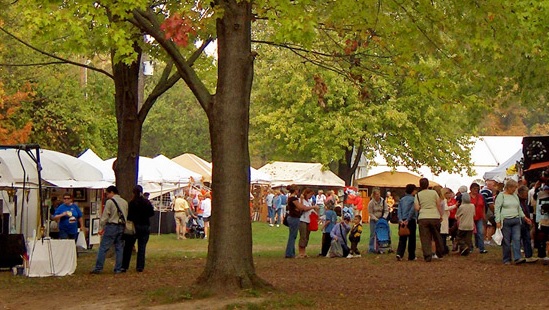 *Pictured Above: Artisan displays at the Ball’s Falls Thanksgiving Festival*

The cooler weather is approaching and it’s time to get out and look for some places and events to go with the family during the crisp, Fall season. Here is a list of some upcoming Niagara Festivals and Fairs from now until the end of the Falls season 2015.