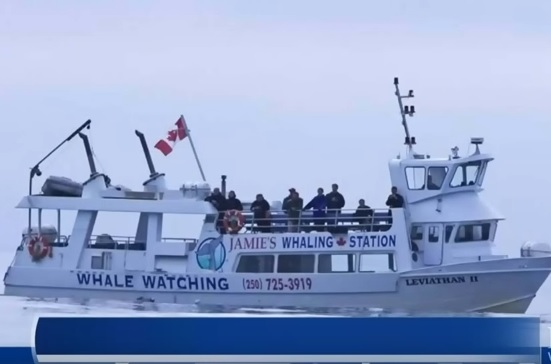 Rescue officials say five are dead after a tour boat carrying 27 people capsized off the coast of Tofino, B.C. last night.  A search-and-rescue mission was launched after the vessel made a mayday call shortly before 4 p.m. local time, B.C.’s Joint Rescue Coordination Centre said and the BC Coroners Service confirmed late Sunday that five people are dead.

Reports say 21 are rescued and one person is still missing. The tour boat is said to belong to Jamie’s Whaling Station and Adventure Centres, a company that offers whale watching tours out of Tofino. The company operates several types of boats, including zodiac-style rigid-hulled inflatable boats and larger 65-foot cruisers, according to its website.

Witnesses by the scene say more than a dozen emergency vehicles attend the scene following the capsizing adding that local First Nations people and other whale watching tour boats were the first to respond to the mayday call.

The emergency coordinator for the Ahousaht First Nation said four boats from the community helped in the rescue effort.

Investigators from the Transportation Safety Board of Canada are being deployed to investigate the sinking of vessel, which the agency identified as Leviathan II.  This isn’t the first capsizing incident on the whale watching company’s record.

In 1998 one of their vessels capsized during an excursion, sending all four people on board into the water. The operator and one of the passengers died.