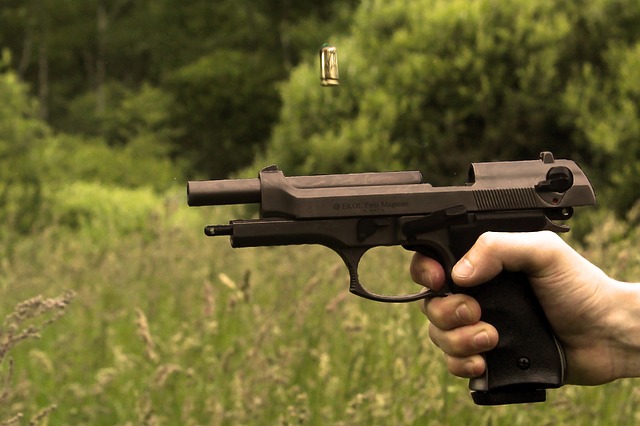 The issue of gun control is one of great debate for Americans .  One side sees the attempt to regulate firearms as a possible infringement on their constitutional rights to own guns, the other are more willing to accept changes in an effort to stop the massive surge of violence they have created.

Regardless of the great divide, today U.S. President Barack Obama moved to require all gun sellers to register as dealers — even those who sell at gun shows and online — and to run background checks on all potential buyers.

In the past,  the President’s efforts to tighten laws after a series of mass shootings in the states have been blocked and he has been looking for ways to work around a Republican-led Congress saying that he believes most Americans support controls like expanded background checks on gun sales while the Republicans and some Democrats are under the thumb of the mighty gun industry lobby.

Officials say now in an attempt to narrow the so-called gun show loophole, the Justice Department’s Bureau of Alcohol, Tobacco, Firearms and Explosives will issue updated guidance that says the government can now consider someone a gun dealer regardless of where he or she sells the guns. Currently only federally licensed gun dealers must conduct background checks on buyers, and gun control advocates say people who sell guns outside of gun stores are able to get around the background check requirement.

Obama’s latest moves may not be completely what some gun control advocates are hoping for but will  still cause controversy with those that oppose new impediments to buying guns including gun rights groups.

The White House has said to help implement the additional checks, the FBI will hire 230 more examiners to process background checks.  It is interesting to note that currently the FBI has a computerized system that can process background checks for many in seconds, but in cases where more time is needed there will be a 3 days timeframe that allows the government to complete the check before prospective buyers can return and buy the gun without being cleared.

Obama stated that the new measures will “potentially save lives and spare families the pain of these extraordinary losses” and defended his actions by saying that they both fall within his legal authority as well as uphold the Second Amendment right to own a gun.

Next post Getting the FACTS STRAIGHT - Do refugees get more financial help than Canadian pensioners?