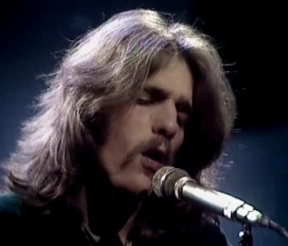 Glenn Frey, best known as co-founder of rock super group the Eagles with Don Henley who had such hits as “Hotel California” and “Life in the Fast Lane,” died Monday in New York.

Reports say that Frey, 67, died of complications from rheumatoid arthritis, acute ulcerative colitis and pneumonia and that he had fought the ailments for the past several weeks.  Frey’s health problems, including diverticulitis, dated to the 1980s.

In a statement on the Eagle’s website it read: “Words can neither describe our sorrow, nor our love and respect for all that he has given to us, his family, the music community & millions of fans worldwide.”

Guitarist Frey and drummer Henley formed the Eagles in Los Angeles in the early 1970s, along with guitarist Bernie Leadon and bassist Randy Meisner.  Here is some classic Eagles in memory of Frey.  Live At The Capital Centre, 1977

Henley said crossing paths with Frey in 1970 “changed my life forever, and it eventually had an impact on the lives of millions of other people all over the planet.”

The Eagles were inducted into the Rock & Roll Hall of Fame in 1998 and was supposed to have been honoured at the Kennedy Center last month, but the appearance was postponed because of Frey’s health. Its six Grammys include Record of the Year for “Hotel California” and best country performance by a vocal duo or group for “How Long,” from the 2007 album “Long Road Out of Eden,” another No. 1 seller.

Frey had success as a solo artist, with songs including “The One You Love” and “You Belong to the City,” and careers in movies and television. He appeared on episodes of “Miami Vice” and “Nash Bridges,” both featuring his friend Don Johnson, and appeared in the film “Jerry McGuire,” directed by Cameron Crowe, who had befriended him after he interviewed the Eagles for Rolling Stone magazine in the 1970s. Frey’s “The Heat Is On” was a hit from the “Beverly Hills Cop” soundtrack, and his “Smuggler’s Blues” inspired a “Miami Vice” episode.

“The bond we forged 45 years ago was never broken, even during the 14 years that the Eagles were dissolved,” Henley said Monday.

Previous post A Chilly night for 2,431 customers in niagara as power goes out