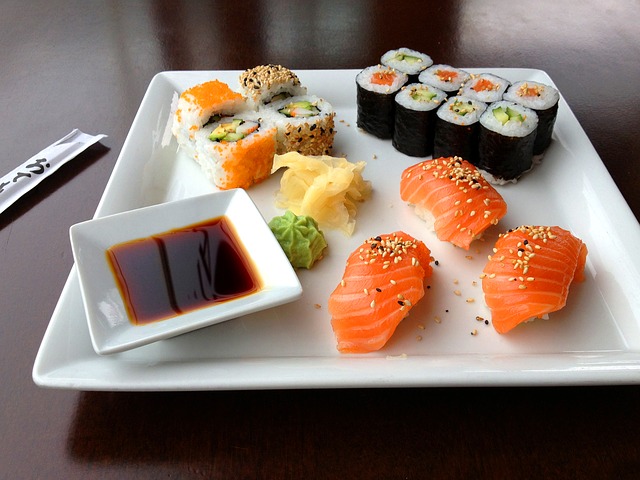 Do eat you eat sushi, sashimi and ceviche?  Then you might want to take note of this story of a Calgary man who was found to have intestinal worms after eating raw, wild salmon from the grocery store.

A new report in the Canadian Journal of Infectious Diseases and Medical Microbiology looked at his case and says its a first that something like this has happened to a human.  Found in the man were tiny, toothed worms  after consuming Canadian store-bought salmon.

The story starts with a 50-year-old man who arrived in the emergency department with vomiting and upper abdomen pain about one hour after eating raw, wild salmon. X-rays and stool tests found nothing but then doctors sent an endoscope camera inside the patient’s stomach and spotted the worms — between one and two centimetres long — wriggling inside several stomach ulcers.  They were removed promptly and identified as anisakis, a parasitic worm that lives in fish and aquatic animals and leads to the condition anisakiasis. The report goes on to describe how a seasoned sushi chef will recognize the look of infected fish but someone at home preparing their own may not.  Another important distinction is that raw fish made at home is more likely to have problems because it may have not been frozen ( a process typically used by sushi restaurants that kills the tiny larvae).

Several provinces have regulations that ensure that raw fish is frozen before being served at restaurants, but grocery stores are often not included in such regulations.

The recommendations by researchers involved in the case are that fish purchased from grocery stores be frozen at -20 C for a week — or at a colder temperature for a shorter period of time — before being eaten raw.

Next post BREAKFAST CASSEROLE: Perfect for a Winter Weekend!