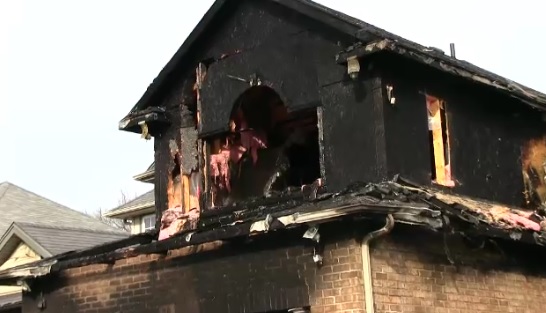 It is now know that it was two brothers who were badly burned in the Welland garage fire that happened over the weekend. Roberto Cosentino and Cesar Cosentino, (both in their fifties),  remain in critical condition after an accident that occured while they were working on a Chevrolet Monte Carlo at 76 Hunter Dr. in Welland when a work light caused a spark and ignited gas.

Roberto’s teenage son and daughter and her friend were at the house when the fire started and it was the son who called 911.  All teens exited the home safely.

Georgina Serianni, the aunt of Roberto’s wife Rosa has started a Go Fund Me page to help her niece and their family through the tragedy where there is a long recovery ahead as well as dealing with the substantial damages estimated at $500,000.

To make a donation visit ‘For the Cosentino Family Fire’ at www.gofundme.com/szmgcbvg.

Below is the original footage of the fire aftermath the day after (Sunday January 31), and an interview with Welland Deputy Fire Chief Brian Kennedy.