BRUSSELS EXPLOSION at AIRPORT AND SUBWAY 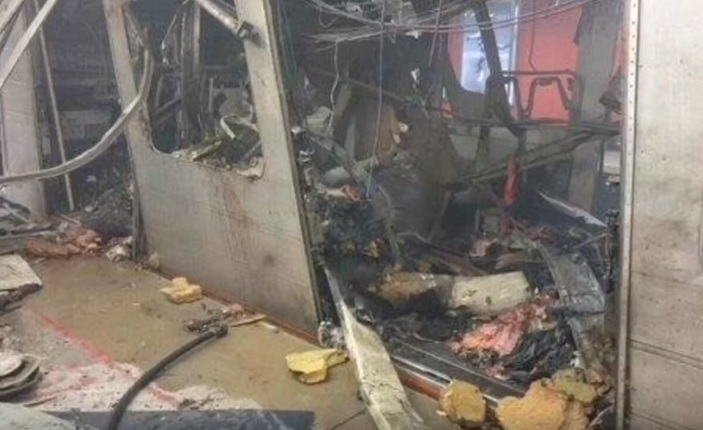 A series of explosions has ripped through the departure hall of a Brussels airport and a metro station in the Belgian capital, killing at least 34 people and leaving many more wounded.  The station is on the rue de la Loi, which connects central Brussels with the main European Union institutions.

Two blasts targeted the main hall of Zaventem airport at about 8am local time  with a third detonating in Maelbeek metro station, about 100 metres from the headquarters of the European commission, shortly afterwards, as commuters were making their way to work in the rush hour.  Pictures and video posted on social media showed smoke rising from the terminal building through shattered windows, devastation inside the departure hall with ceiling tiles and glass scattered across the floor, and passengers running along a slipway, dragging their bags behind them.  This footage shows the scene in Brussels airport just after the explosions (SKY NEWS, YouTube)

European security officials have been bracing for a major attack for weeks, and warned that the Islamic State group was actively preparing to strike. The arrest Friday of a key suspect (Salah Abdeslam) in the November attacks in Paris heightened those fears, as investigators said many more people were involved than originally thought, and that some are still on the loose.

“We are at war,” French Prime Minister Manuel Valls said after a crisis meeting called by the French president. “We have been subjected for the last few months in Europe to acts of war.”

Belgium has raised its terror alert to the highest level, diverting planes and trains and ordering people to stay where they were. Airports across Europe immediately tightened security.

Next post Rob Ford - A profoundly Human Guy whose Presence will be Missed.