Women, Media, and Politics – Did This Week Really Happen? 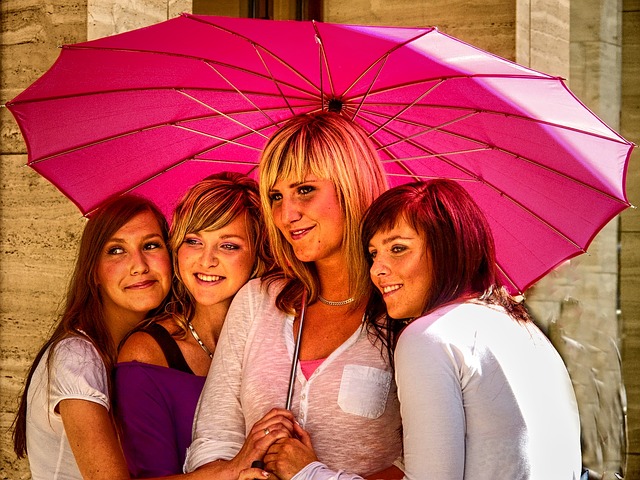 I have three women in my family who mean a lot to me.  One of the women is my wife. We met when she was 23 and I was 22. I saw her at a bar, was instantly smitten, and came back the next week, hoping to meet her. Luckily she was there and I basically followed her around until she took my phone and put her number in it.

Three months later we got married, and in the 12 years since she’s been my best friend, partner in crime, and the person I  bounce my latest crazy ideas off of. She is also insanely smart, and this year she became the manager of a startup incubator after being a stay-at-home mom for more than a decade.

I’m crazy proud of her.

The first thing my wife said to me in that bar 12 years ago—before she put her name and number in my phone—was that she had a 4 year-old daughter, and if that was an issue I was welcome to take my phone back and politely move on.

Here’s the thing: a 22 year-old man will say or do anything for the right woman.

I met the 4-year old girl a couple of weeks later. I had dated single moms twice before, and in both of those instances the child wanted my attention immediately.

This was not the case with Elizabeth. At first she was completely indifferent about the guy her mom was dating.

That changed when she came up to me one day and said, “I hear you know a lot about superheroes.” I told her I did, and she grilled me for two hours, trying to poke holes in my knowledge and pointing out how useless certain super powers are.

Since that night we’ve been incredibly close, and she started calling me “dad” permanently about two months after my wife and I got married. In many ways she is the child who is most like me, the child I’m closest to, and the one whose opinion matters the most to me.

I’m proud of the things I’ve accomplished in my life. I’ve had some pretty improbable things happen, but the most improbable—and the thing I am most proud of—is that I convinced two amazing women to fall in love with me within the span of a few months of each other, despite the fact that at the time I lived on a mattress on the floor of a HUD subsidized apartment and was surviving primarily by eating off the Taco Bell value menu and knowing exactly when the local grocery stores served samples.

(My wife could never be accused of being in it for the money.)

The youngest woman in the picture is our 8 year-old daughter Colette.

Coco, as she’s called in our house, is smart, funny, and already a talented chef. But, here’s what you need to know about Coco:

I don’t wrestle with her. Ever.

She’s not afraid of anything, has no concept of her size compared to an opponent, and she was born knowing how to throw a punch. She’s like Charlize Theron inMad Max: Fury Road, except she has let it be known that she is growing her hair to her knees, and wouldn’t be caught dead with a buzz cut. The women in my life are resilient, tough, smart, naturally skeptical, and strong.

As a result they were disturbed by what we watched on the news this week, as the presidential campaign devolved into an argument about whose wife is more attractive and/or does being a model disqualify your husband from being president.

At the same time this issue was dominating the news cycle, my oldest daughter attended her school district’s college recruiting night, where she came face-to-face with the staggering cost of a college education.

While my daughter contemplated her future, two major presidential candidates had a battle over the way their wives looked and/or dressed. I’m proud to say that the irony was not lost on my daughter, and in a campaign that has become defined by irrelevancy and tastelessness (unless you find debate discussions of genitalia size by presidential campaigns relevant and tasteful, and if that’s the case, you and I are just different people), this past week might have been a low point, at least for the strong, smart women in my house.

This has to change.

No one is being served by this type of political dialogue, including business owners and entrepreneurs. Political instability has a dramatic impact on markets and the general business climate.

But on a personal level it’s no greater risk than living in a houseful of strong, smart women who know you have a blog that gets read by a few people and are unwilling to write about topics that matter to those strong, smart women.

It’s an even greater risk when one of them can give you a black eye—if only she could find a stool tall enough to land the punch.