Why I think Kelly Ripa Is Right 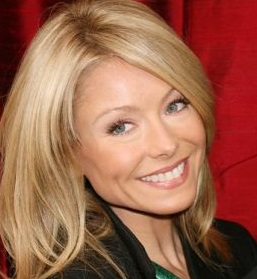 Before returning to the show Live with Kelly and Michael,  Kelly Ripa took about a week off due to her dispute with ABC (a Disney company).

ABC announced that her Live co-host Michael Strahan would be moving to Good Morning America. Good Morning America co-hosts George Stephanopoulos and Robin Roberts already knew about the move, but ABC executives decided not to let Ripa know until approximately 30 minutes before the news leaked. (Why? Executives thought she would be disappointed no matter when she found out. Oops.)

According to a source, Ripa was “beyond angry” because she felt disrespected by ABC…and basically called in sick for the next week.

On Live, Ripa said ABC executives apologized for the way the situation was handled, and claimed the dispute has started a “much greater conversation about communication and consideration and, most importantly, respect in the workplace.”

She’s probably right about the larger conversation. She’s definitely right about the need to treat employees with respect (even though walking out and calling in sick is arguably not the best way to have handled it).

If you want to be considered a great employer–and you certainly should–providing your employees with higher pay, better benefits, extensive training, and great opportunities are definite factors.

Unfortunately, unlike ABC and Disney, you might not have the resources to do all those things.

That’s OK. You can still be a great employer, because one thing you can give your employees is more important.

The city where I live has an extremely diverse population, surprisingly so for a small-town rural area. Initially, immigrants sought jobs in agriculture, mainly at local poultry plants and orchards. Over time, others were drawn to the area by the presence of family or friends or simply by people who shared a common language and culture. Currently, the city schools have the highest percentage of ESL students in Virginia.

Two Kurdish men who rented a house from us were offered jobs at a poultry plant. They asked me to come with them to look over the “standard” employment documents they needed to sign. (“Standard” to someone still learning a language isn’t standard at all, something really easy for native speakers to forget.)

The forms were fine, but the way they were treated wasn’t. The hiring supervisor and–incredibly–the HR manager were dismissive of their questions and made jokes at their expense.

For example, one of the men asked in halting English where they would be able to clean up before their lunch breaks. The supervisor said, “You only get 20 minutes for lunch, so there really isn’t time to clean up. But I wouldn’t worry about that. You boys will still be cleaner than what you’re used to where you come from.”

That’s just one example. There were others.

Later I thought, “I would never treat anyone that way.” Then I realized that I have treated employees and peers that way. I’ve raised my voice. I’ve rolled my eyes. I’ve exchanged smirks and knowing glances. I’ve responded to a suggestion or comment with sarcasm: not just because the idea lacked merit but also because I wanted to show how insightful and wise and oh-so-terribly-witty I was by comparison.

My guess is that you have, too.

Some employees aren’t outstanding. Some are far from it. They aren’t as smart. They don’t work as hard. They make bigger mistakes. Some employees ultimately deserve to be let go.

Regardless, every employee–no matter what his or her level of performance–deserves to be treated with respect. Sarcasm, eye rolling, and biting comments shift the focus away from performance and onto the person, slowly destroying their self-respect.

Talk to me privately about a mistake I made, focus on how I can learn from that mistake and improve, and I’ll quickly forget any initial embarrassment I may feel.

Make me feel stupid, especially in front of other people, and I will never forget how it feels–and I’ll never learn from my mistake because I will remember only the way you treated me.

Respect is a lot like trust. Once lost, it’s almost impossible to regain.

So don’t assume pay or benefits or opportunities make employees feel respected and valued. Tangible rewards do have an impact, but treat employees with disrespect, disdain, and disapproval and no tangible reward will ever overcome the damage to their feelings of self-worth.

Later, I asked our tenant whether this experience was unusual. He looked down and didn’t say anything for a few moments. Finally he looked up and said, “Here they will let us have jobs, but here they do not let us have pride.”