Ways to Look Really Confident (EVEN IF YOU’RE NOT) 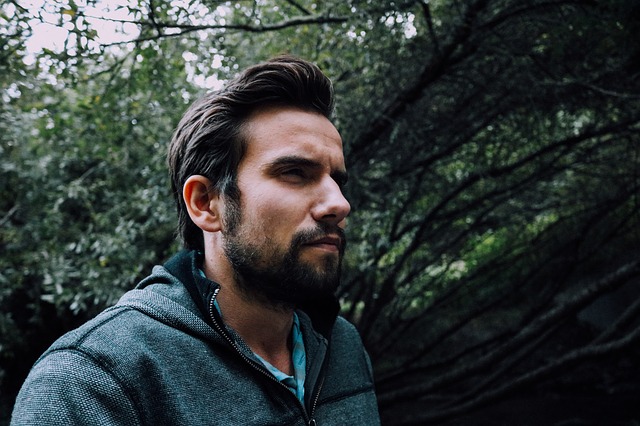 If you’re like me, you often come across as confident, but inside you’re far from it. Actually, if you’re like me, you’re situationally confident: sometimes, very much so; other times, not at all. So you spend a lot of time thinking about how to gain confidence, and in the short term how to at least appear confident, even when you’re not.

While genuine confidence takes time to develop (because genuine confidence is based on incremental, steady success), according to Dharmesh Shah, co-founder of HubSpot, there are definitely ways you can seem confident–which is the next best thing. Here are some of his tips:

1. Listen way more than you speak.

Talking a lot is a mask for insecurity. When you’re nervous and insecure, it’s easy to rush to fill any silence with words. (And later you often can’t even remember what you said.)

Truly confident people are quiet and unassuming. They already know what they think; they want to know what you think.

To seem more confident, ask open-ended questions that give other people the freedom to be thoughtful and introspective: Ask what they do, how they do it, what they like about it, what they’ve learned from it, and what you should do if you find yourself in a similar situation.

When you’re really nervous and aren’t sure what to say, ask for advice. Implicit in the question is your respect for that person, and his or her opinion. (Otherwise, why would you have asked?)

Truly confident people realize they know a lot, but they wish they knew more, and they know the only way to learn more is to listen more. So don’t talk. Listen–and as you do, you’ll find your confidence grows as you settle into a real conversation.

2. Shine the spotlight on other people.

Maybe you really do deserve all the glory. But don’t seek it. Shine the spotlight on other people.

So stand back and celebrate your accomplishments through others. Stand back and let others shine–that’s a confidence boost that helps those people become confident too.

When you do, other people won’t think you’re shy or lacking in confidence. They’ll think you’re a lot more confident than you are, simply because you don’t need the praise.

And they’ll respect you for it too–which will only build your confidence.

Many people feel asking for help is a sign of weakness; implicit in the request is a lack of knowledge, skill, or experience. That’s especially true when you don’t feel confident–the last thing you want is to seem even less confident than you already are.

Actually, the opposite is true. Confident people are secure enough to admit a weakness.

They often ask others for help, not only because they are secure enough to admit they need help but also because they know that when they seek help they pay the person they ask a huge compliment. Saying “Can you help me?” shows tremendous respect for that individual’s expertise and judgment. (Otherwise, you wouldn’t ask.)

So when you need help, ask. Not only will you get the assistance you need, you’ll also seem more confident and self-assured.

4. Never put down other people. People who like to gossip, who like to speak badly of others, almost always do so because they hope, by comparison, to make themselves look better. (In short, when someone else looks bad I get to feel better about myself.)

That’s why confident people admit their mistakes. They enjoy sharing their screwups. They don’t mind serving as the cautionary tale. They don’t mind being a source of laughter–for others and for themselves.

When you’re confident, you don’t mind occasionally “looking bad.” You realize that that when you’re genuine and unpretentious, people don’t laugh at you.

They laugh with you.

So don’t try to be more impressive than you are. Don’t try to seem perfect. Go the opposite way: Be human. Real confidence doesn’t come from building a façade; real confidence is based on having nothing to hide.

5. Burn off some anti-confidence chemicals.

When you feel anxious or stressed, your adrenal glands secrete cortisol, one of the chemical triggers of the instinctive fight-or-flight reflex. High levels of cortisol heighten your emotions, limit your creativity, and reduce your ability to process complex information.

When you’re “high” on cortisol, you get tunnel vision, just as you do when you’re startled or scared.

What’s the solution? Burn off excess cortisol with exercise. Take a walk at lunch. Work out before you leave for work. Hit the hotel gym before your meeting. Don’t think it will help? Think back to a time when you were totally stressed and decided to work out. (If you can’t think of one, you’re missing out on a great stress-relieving tool.) I bet you felt a lot less anxious and a lot more grounded after you finished exercising.

The perspective you gained came at least in part from lowering your cortisol levels. When you need to feel more confident, schedule in a little exercise. It works.

Investment materials are full of words like may, might, could, should for compliance reasons. The content includes plenty of qualifiers in order to avoid even the hint of a promise.

In short, you’re afraid to take a strong position in case it turns out you’re wrong.

Don’t be. Say what you think. Say what you believe. Then listen, and if it turns out you were wrong, that’s great–because that gives you the chance to show you’re secure enough in yourself to admit when you don’t have all the answers.