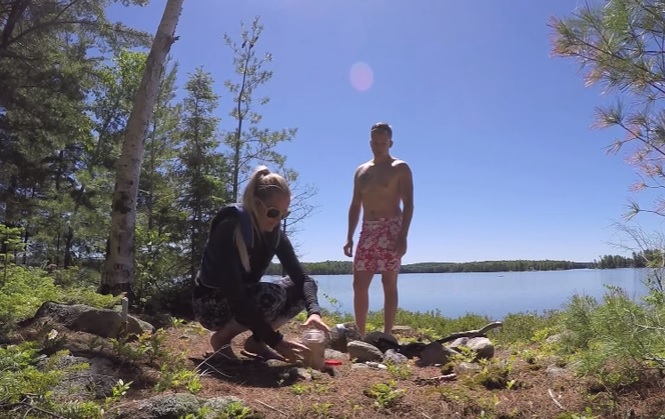 Well this is your feel good story of the day!  Jennifer Storrar and her boyfriend Troy Reddington buried a time capsule 5 years ago together which was filled with the couple’s favourite songs, old cellphones and their dream jobs at the time, so when they visited back to the site to dig it up Storrar thought that is what she would be finding underneath the ground when they visited the site again at Eagle Lake South River, Ontario.

What she didn’t know however was that her boyfriend had showed up at the site earlier to replace the contents of the old jar with a new one containing a “Will You Marry Me? proposal letter inside. He had come up with the idea three years after they had buried the capsule while they were sitting around a campfire and talking about it.

In this 12-minute video watch the couple driving on country roads and kayaking across a scenic lake before they reach the island with the time capsule. Reddington said that Storrar was angry at first when she saw that the original time capsule had been tampered with but  her reaction changed once she read his letter.