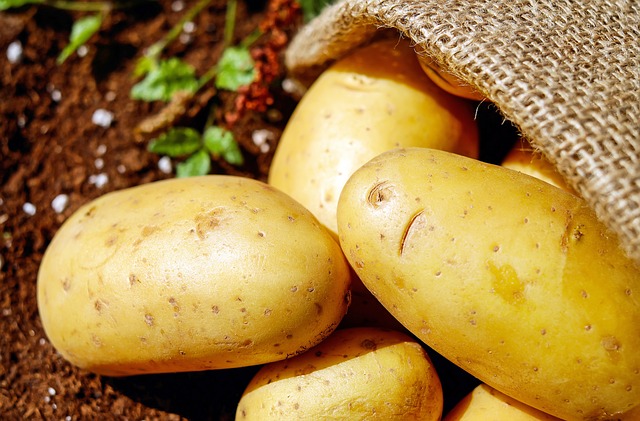 Who doesn’t love potatoes in all their amazing shapes and forms.  French fries, mashed, baked, scalloped…the list goes on!! But you can’t indulge in too much of the good stuff right?  What about your waistline?!

Well, times are a changin’ and there is a now a new guilt free Canadian potato for people who avoid eating spuds because of the carbs.  It is grown in Ontario and called a Carisma potato.  Carisma is said to have a lower glycemic response, meaning it doesn’t cause the rapid spike in blood sugar normally linked to carbohydrate-rich foods. Another huge bonus of Carisma is that besides being low carb it is low calorie! An average potato has about 100 calories while the Carisma only has 70.

The spud is not genetically modified but was developed in the Netherlands and is grown from seed. The potato which is currently being grown in Waterdown, will be available in limited quantities in select stores this fall. Nutritionists note the new potato will be of benefit to diabetics who must control their blood sugar.

Here is what the Carismapotatoes.ca website has to say:
Grown and distributed by EarthFresh, Carisma™ potatoes provide a healthy choice with an exceptional rich, melt in the mouth, creamy flavour. Canada’s first low glycemic response all-purpose potato is supported by the canadian diabetes association. This variety resulted from the potato breeding programs’ focus on lower reducing sugars and high dry matter. These are among the factors that influence Carisma’s nutritional content and GI* characteristics. The Canadian Diabetes Association recommend consumers choose low-GI foods as part of healthy eating.

Next post If Clinton Becomes President Will Her Hair Turn Gray?