Nope. This is Not Just Boys Being Boys… 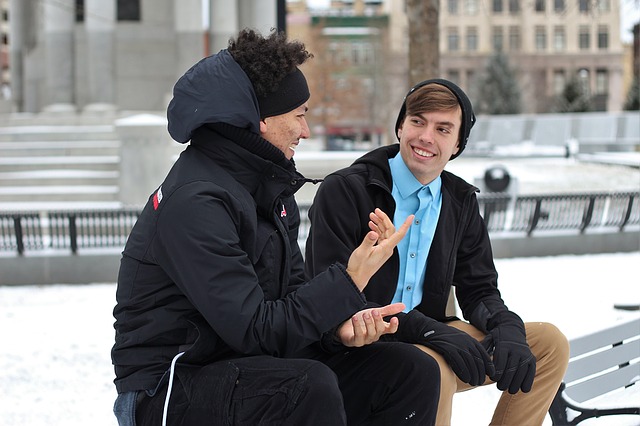 My brother and I once got into a BB gun war inside of the house, which ended with several destroyed cake pans (which were being used as shields), and my brother bleeding from his ear.

When I was 19, I played on a semi-professional football team for a few months. The team was full of convicts and dreamers, and a man three months out of jail once taught me to do the hardest exercise I’ve ever done, which is a pull-up that takes a full minute to complete.

I think I swore roughly 511 times on the way down.

In high school I worked construction during the summers. One year I was on a demolition crew, and another year I helped build a house. During my construction career I once met a man who showed me all of the scars he had on his chest and back from being shot multiple times growing up. I also worked with another man who had a hard time breathing due to all the damage he had done to his lungs from smoking crack.

I was the oldest of 7 boy cousins in my family. Our fathers were all blue-collar.

We all stole their Playboys.

I’ve spent my life around men, men who wear flannel, listen to George Strait, and are no one’s idea of a politically correct, evolved male. No one—including me—was an angel regarding how they talked about women.

However, there is a difference between talking about what you would like to do with a woman, as opposed to what you feel like you can do to a woman. Even if both are spoken in the crudest, most objectifying language possible, there is still a difference.

The notion that the language of sexual assault is “just” the byproduct of a group of men getting together is a lie.

We can be crude.

We can be thoughtless.

We can be sexist.

We can be hurtful. None of these things are okay, but the idea that men talking about how they are entitled to walk up and grab a woman by her genitals is how we behave when no one is looking is not true.

I’ve never heard anything like that, even from the roughest guys I’ve known.

How I talk and think about women started to change for me when I was 22, and married my wife and her 4-year old daughter, who I’m in the process of adopting. It’s continued to change as she’s grown.

A year after we got married we had our son, and we added another daughter to our family a few years later.

Since he was a toddler my wife and I have told our son, now 11, that if he ever saw anyone hurting his sisters—whether through words or actions—that he had to stand up for them. My daughters are tough and can handle themselves, but if someone hurt them, I want to see my son in the mix, throwing punches with my girls.

It isn’t easy building an audience for your writing. For more than two years I’ve spent a good part of my weekend writing these posts, and then a good part of the week working on monetizing this writing. I know that I run the risk of alienating or offending people, including potential clients, when I write about a political topic.

Because if this offends you, we probably weren’t going to work well together anyway.

And, I have to think about the people that I care about.

Like the employees who work for my business, all of whom are female, and all of whom (I hope) like their job and are willing to work for a small business who can’t pay them as much as a large company. I hope they make that choice in part because they think their boss is a decent guy, who has some sort of moral compass.

Most importantly, I have to think about my wife and our daughters. As a man, a man with a platform that a few people read, they need to see me standing up and doing whatever I can.

And I was taught to stand up.

Since we can’t use a roll of quarters, as men we are just going to have to do whatever we can to put a stop to this.

So if you are a dad, son, or brother, use your voice.

Use your platform, no matter how large or small.

Let it be your roll of quarters.

Next post VIDEO: Dawson and Bones Urgently Need a New Home Together!