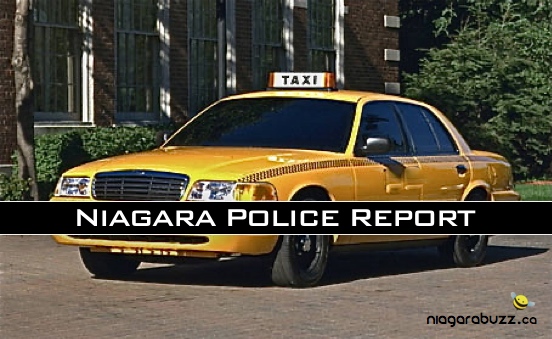 Police say, on November 1, 2016, at 2:45AM, Niagara Regional Police Service 1 District St. Catharines uniform officers responded to the area of Linwell Road and Geneva Street in St. Catharines for a robbery of a taxi that had just occurred.

Officers arrived on scene and learned that the taxi had picked up a man and woman in Niagara Falls and they requested to be taken to the north end of St. Catharines.  The man assaulted the driver from the rear of the cab.  The driver’s cell phone was stolen and the man and women fled on foot.Officers flooded the immediate area and a set up a perimeter.  A foot pursuit resulted in the arrest of the woman in the area of Geneva Street and Guy Road.

Cst. Ben Tomiuk and Police Service Dog (PSD) Max were also called in to assist in the search for the man.  The resulting K9 track lasted over 20 minutes when the man was located on Duncan Street. The man resisted arrest and a controlled energy weapon was successfully used. He was subsequently arrested.

Jesse-Bannon and McGean were both transported to the NRPS Central Holding following their arrest.

McGean was released from custody on an officer in charge undertaking with a future court date of December 3, 2016 and  Jesse-Bannon attended a bail hearing at the Robert S. K. Welch courthouse on October 1, 2016 and was denied bail.

The investigation remains ongoing by detectives from the 1 District St. Catharines Criminal Investigations Branch.  Anyone with information is asked to contact detective or Crime Stoppers of Niagara.

Next post New Ottawa Starbucks Serves Up Alcohol and $10 Coffee