Want to Raise Super Successful Kids? Teach them to LOVE the ONE THING Most DON’T… 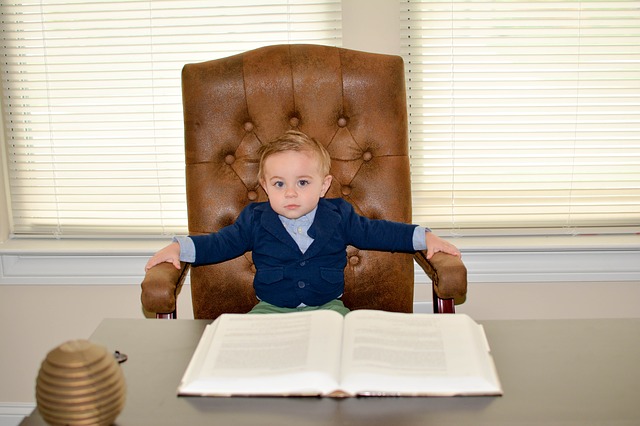 I spoke with Joey just before the season finale at Homestead where he was one of four drivers still in the running for the Sprint Cup championship; he was running fourth when a crash took him out of contention.

As you’ll see, Joey works hard. He prepares. He surrounds himself with great people. (And he’s as nice a guy as you could hope to meet.)

But at least one other thing sets him apart from most people, and that’s how he views pressure.

Three-quarters of us say they regularly experience physiological and psychological symptoms caused by stress. Research shows that Generation Z in particular is much less able to manage and deal with stress: feelings of fear, trepidation, and hesitance keeps them from performing as well as they could.

So how you should teach your kids to think about pressure? How should you look at pressure? Pressure is something you want to feel, because pressure means you’re in a position to be successful at something meaningful, something important… at something that truly matters to you.

Think about it that way… and pressure is a very good thing.  Here is my chat with Joey:

You came into Cup racing as a teenager and were racing against people you grew up admiring… so at what point did you feel liked you belonged?

It definitely wasn’t my rookie year. It probably wasn’t until I really started running better.

The first few years of my career were very weak. I came in very young and inexperienced and didn’t know what I didn’t know. But I wouldn’t trade those years for anything. That’s what made me who I am today.

I cherish those moments — now — but I guess I didn’t feel like I belonged because I wasn’t winning… and I wanted to be the best.

When you weren’t running well, was it hard to stay confident and “up”?

I’m not the same person I was when I was eighteen. I had won everything up to that point, and I thought I knew everything. It all came pretty easily.

Honestly, I didn’t have to work that much. I was talented.

But when you get to this level, everyone is talented. Talent is a given. So that’s where the hard work comes in. Some people — in every pursuit — don’t make the jump from talent to work, though.

True, because you also have to have the attitude. Some people get depressed or down on themselves and think they don’t have it or don’t want to put the work into it.

And some people just want the lifestyle.

I don’t care about the lifestyle. I could care less about what we do away from the racetrack. I just want to win. That was my mindset then and still is today.

But I didn’t work at it hard until I got to the Cup level and realized I wasn’t any good. From that day on I’ve worked equally as hard all the way through. I prepare the same way. I learned what works for me and what makes me feel prepared at the racetrack. I’ve done the same thing every week for the last eight years. Nothing has changed. I have a routine now.

I didn’t have one before.

So let’s say you have a child someday and he or she asks for advice on how to succeed. How will you respond?

The simplest answer? Work. I constantly work at my job. Having that determination and the ability to work and have the mindset of “I will not get beaten,” whether that’s on the racetrack or in a boardroom or anywhere. That attitude outweighs anyone’s smarts or intelligence. Attitude is everything.

Here’s what works for me: I want to want it more than anybody else.

It all comes back to hard work. If you don’t have the mindset you’re never going to do the work, and without the work there’s no reward.

Say you’re going to college. You’re not going to be successful if you’re out there partying all the time. You might be smart enough to squeak through, but you’re not going to get the most you can out of the opportunity. So if my kid wanted to succeed at a high level… I’d be stoked. That would be awesome. I’m always impressed by people who are just “hammer down” at what they choose to do.

Was it hard when you were growing up to be so focused on racing…. at a time when most kids aren’t focused on anything in particular? It’s not easy being “that guy” and not fitting in.

It wasn’t hard for me.

Jim Rohn says we’re the average of the five people we spend the most time with. Definitely. So I took my dad’s advice and said, “I’m going to surround myself with good people,” and to this day I try to find people that have great qualities — not just someone who might be fun to hang around with but is a lousy friend.

I want to surround myself with people that have the same attitude as me in their respective industries, because then I can learn from them. When you surround yourself with greatness, whether it’s the team around you or just going out to dinner, you’re able to learn something at the end of the day.

You go to sleep thinking, “I’m a better person today than I was yesterday.” I like having people around me that help me feel that way.

So you must feel extraordinarily lucky to be with the Penske organization. I talked to Roger once and I thought, “Wow.”

It’s like Roger says: “Effort equals results.” He gave us all coins, those words are posted all around the building… and it’s that simple. He’s definitely surrounded himself with great people and that’s allowed him to do extraordinary things all over the world.

My scope isn’t that big by any means. I’ve never even been to Europe. I don’t even know what’s over there. (Laughs.) But it’s cool to hang out with someone like that. You see a guy like Roger and it seems really simple: Do the work. Constantly do more work than everyone around you. That’s how you win — at anything.

For me, driving a car for me bears no resemblance to what you do. Somehow you guys have not just the talent to do what you do but to repeat what seems inherently repeatable: run every corner and every lap right on the edge of control, with everything changing all the time… and somehow keep riding that line. The focus required seems incredible. Where does that come from?

Focus is one aspect of the talent we talked about. I don’t think you can teach focus. You can possibly develop an ability to focus, at least a degree… but mostly you either have it or don’t.

So is an inability to focus a quality that selects people out of the highest levels?

I think so. I never had to work on staying focused in the race car. Whether that’s because if you lose focus you crash, so you’re forced to stay focused… that might be why.

Growing up racing at different levels you see people make a lot of mistakes. Most of the time mistakes come from a lack of focus. You lose focus for a split second and you’re in the wall.

I lose focus all day long when I’m outside the race car. My mind is focused on three different things, even while I’m talking to you. (Laughs.) That happens all the time… but in a race car that never happens to me.

I’m not trying to retire you, but when you do stop doing this what will you miss most?

Does that mean you don’t get nervous?

To work hard and get to a certain level and then have pressure… it’s a privilege to feel pressure.

Then you must be in heaven right now (ahead of the Homestead race.)

I am jacked. You have no idea how jacked up I am. I am so pumped up about it. There are only four people that have the pressure that I have on me right now. And taking the attitude that this is an amazing opportunity and I’m blessed to have it makes the nerves go away… because you think about how cool this is.

I don’t think about ways I can screw this up or how this might be my only shot. It’s not going to be my only shot. I’m only twenty-six. I have time left. I will work hard to make sure I get more moments like this.

Being able to perform at your best when everything is on the line is incredibly difficult, though.

Maybe, but I love having that do-or-die moment. Last weekend in Phoenix was a do-or-die moment for us. We were only still in the Chase (the NASCAR playoff system) by one point at the start of the race. That was a lot of pressure, and we were able to be successful….

There’s no cooler feeling than wining when your back’s against the wall. That’s what drives me — I want that feeling.

I want there to be pressure, because that means I’m right where I want to be.