Want to Feel Younger? Science Says This 1 Exercise Will Change Your Body Most 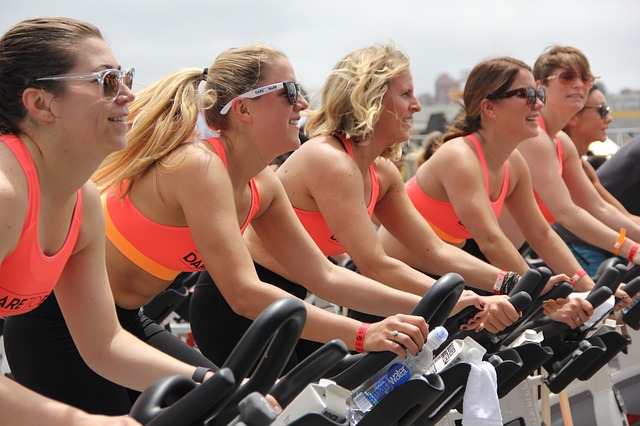 My joints creak. Both of my shoulders make wonderful little popping noises. I do this groaning thing when try to roll out of bed that I never thought I’d make. (In fact, most of the time I don’t even notice I’m doing it.) If I lie on the floor for a while, getting back up is no longer automatic; it’s a process. Things are happening to my body, both outside and inside.

Fortunately, some of what’s happening on the inside can be mitigated or even reversed–even though, as with most worthwhile results, doing so isn’t easy. (Seriously: Is anything worthwhile ever easy to accomplish?)

Researchers conducted an experiment on men and women divided into two groups: Half were below 30 years old, the other half over 64 years old. (The study is titled “Enhanced Protein Translation Underlies Improved Metabolic and Physical Adaptations to Different Exercise Training Modes in Young and Old Humans,” proving yet again that research paper titling is where fun goes to die.)

Everyone involved in the study was healthy but basically sedentary. Participants were then given different exercise regimens to follow for 12 weeks. One group did not exercise. Another group alternated riding stationary bikes for 30 minutes at a moderate pace on some days, lifting light weights on others. The third group lifted heavy, and the fourth group did strenuous interval training on a stationary bike: They pedaled hard for four minutes, rested for three minutes, then repeated the cycle for a total of four intervals.

What happened? The control group, as control groups are wont to do, did not improve. (Proving that you should never sign up to be in the control group.) Everyone else made improvements in overall fitness.

You knew all that, but here’s what you might not know. As we age, our muscle cells deteriorate. They don’t regenerate as easily as when we’re young, plus we lose mitochondria, which is where our energy comes from. To make it worse, the mitochondria that do remain get weaker.

But here’s the good news: Researchers biopsied the participants’ muscle cells and found that while the under-30 group that did interval training experienced changed activity levels in 274 genes, those in the plus-64 group experienced changes in activity among nearly 400 genes. (Other forms of exercise weren’t nearly as effective; both the weight lifting group and the light cardio group experienced fractional changes.)

In non-science terms, the group who did interval training experienced changes that increased both the amount and the health of their mitochondria–especially the people in the older age group.

Or, as the lead researcher said, “It seems as if the decline in the cellular health of muscles associated with aging was ‘corrected’ with exercise, especially if it was intense. In fact, older people’s cells responded more robustly to intense exercise than the cells of the young.”

So what does all that mean?

That means, of course, that you can’t just spin lightly on an exercise bike. You can’t just breeze along on the elliptical. You can’t just knock out twelve reps of dumbbell bicep curls with a five-pound weight while you check your email with your free hand.

You have to go hard.

Yes, it will hurt. It’s supposed to. But “pain” is relative. If you haven’t been exercising at all, mixing in a few 30-second jogging intervals during a 20-minute walk will hurt–and will help you get in better shape so that down the road you’ll be able to do even more.

If you haven’t been exercising at all, doing four sets of 15 burpees will hurt–and will help get you in better shape so that down the road you’ll be able to do even more.

That’s the cool thing about working out. Improving you is all that matters. Start from where you are, and work on improving that. Improvement, any improvement, is success.

You don’t have to become a Chris Froome or Brooke Ence or Phil Heath. Your only goal is to be a better you.

And keep in mind that interval training doesn’t have to involve stopwatches and rigid formulas. If you’re riding a bike outside, choose a hilly route and work hard on the climbs. If you’re jogging, mix in a series of 30- or 40-second intervals at a three-quarter sprint pace. Count the elapsed time in your head. (If nothing else, counting to yourself may help distract you from the effort.) If you’re at the gym, try a HIIT workout. (Here are two options.)

The goal is to go well beyond what feels comfortable. Your muscles need to burn. Your lungs need to burn. If it’s not hard–really hard–then you’re not doing intervals. And if that kind of effort doesn’t sound fun, think of it this way. In every other aspect of your life, you try to optimize the outcome; you try to be as efficient and effective as you can with your time. Shouldn’t you take the same approach when you work out?

If you’re like me, and getting out of bed involves a few sounds you never thought you’d make, mix in some interval training. Age has its way with all of us, but we can definitely slow down the process.