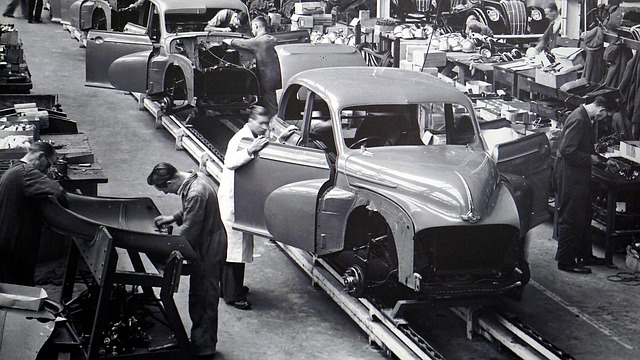 One vision of the future says that there will be no jobs, and if we’re lucky and write enough 400-word blog posts praising Elon Musk, he will give favor to us mere mortals and we’ll join him on his spaceship to Mars. There we will grow fat and happy while the robots do the hard work—just like in the movie Wall-E.

Of course, there is a possibility that Elon can’t save us and the world ends up looking more like Mad Max: Fury Road.

A second vision of the future says that this wave of automation is no different than prior periods of technological advancement. Yes, some jobs will be destroyed, but in the long run most of the people who want to find work will be able to do so, and the workers displaced by automation will find employment doing different jobs. In fact, these workers are lucky, because in theory the new jobs will be better than the old ones.

But what if just some of us are doomed?

In his reporting on automation and retail workers, Chip Cutter notes that cashier and retail salesperson are the first and second most common jobs in America. Though automation has been in retail for a while, the pace has picked up, and the future employment prospects for retail workers is bleak.

What do we do about the potential loss of 8 million low-skilled jobs?

Conventional economic theory has an answer.

That answer says jobs will be reallocated to some other sector of the economy, as they have been in the past. Low-skilled agricultural jobs were, over time, reabsorbed into other sectors of the economy once farming became mechanized.

In other words, in the long run, it will be okay.

However, for workers, families, and communities, the long run can turn out to be a very long run. Manufacturing workers displaced by technology—and to a lesser extent, trade—may never reenter the labor force. If they do, they often earn significantly less than they used to.

Why do we seem to have so little empathy for the actual people impacted by change?

John Bates Clark wasn’t just any economist. He has an award named after him that is given to the top economist under 40, and receiving this award usually puts an economist on the fast track to winning a Nobel Prize. John Bates Clark’s ideas carried weight, and his (unproven) theory that a worker’s wage perfectly reflects the value they contribute to a company is a fundamental part of conventional economics.

It is true that in economic terms, some workers’ contributions are worth less than others. Though (for now) we are both flesh-and-blood human beings, my economic worth is much smaller than Elon Musk’s. But, as author and professor James Kwak (whose work I profiled in last week’s post) argues, economics has increasingly become the lens through which we view all societal interactions and relationships.

In that world, it’s easy for “worth less” to become “worthless.” In fact, as I write this article, it is literally harder to type the words “worth less.” Autocorrect just doesn’t believe that worth less isn’t worthless.

Our economic model has become a societal model that says some people are worthless—as though what separates the type of people who talk about long-run economic trends for a living and the people who stand behind a cash register is pure intrinsic worth.

As though what you contribute to the economy has nothing to do with where you born, the color of your skin, or whether your parents went to college.

Automation and artificial intelligence won’t eliminate all jobs at once. They likely won’t even eliminate most jobs, and there will be new, higher-paying jobs that come with the automation revolution. But one of the problems with viewing the world exclusively through an economic lens is that human beings have very little patience for the long run, and they will find a way to assert their worth in the short run, even if doing so isn’t in their (or anyone’s) best interest.

The challenge of the automated future won’t be figuring out what to do when no one has a job. It will be figuring out how to do deal with millions of people who aren’t going to step out from behind a cash register or leave the cab of an 18-wheeler and become coders or programmers.

That isn’t an insurmountable challenge, and the first step doesn’t even need to be figuring out what jobs 8 million people will have.

The first step is recognizing that the economy is not synonymous with society, and worth less is not the same thing as worthless.

Next post Lottery Win FROZEN with Bad Break Up