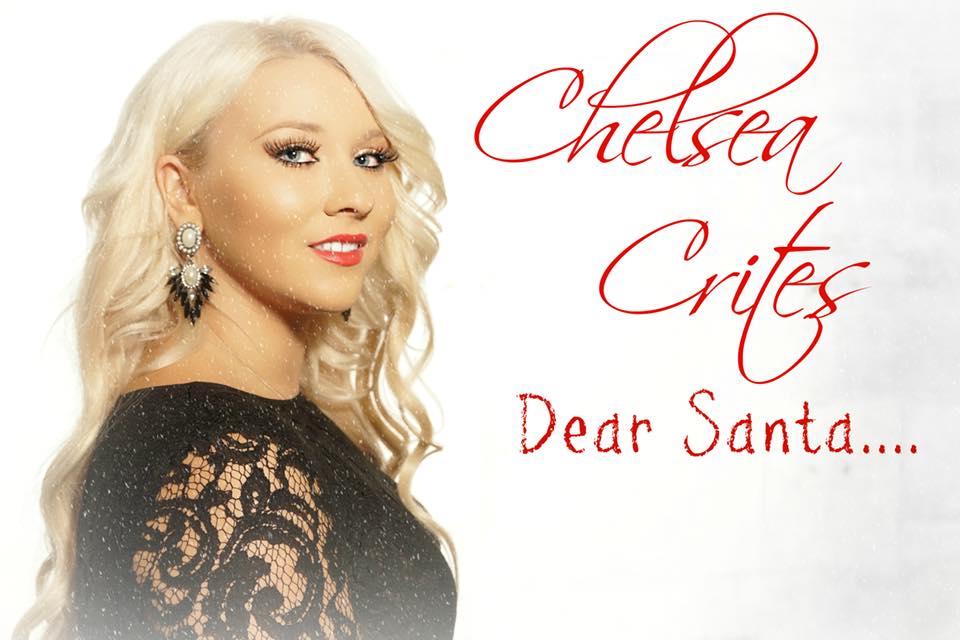 Local country singing sensation Chelsea Crites is having a CD Release Party for her newest album drop ”Dear Santa” this Saturday at Ruth’s Chris Steakhouse in Niagara Falls and she couldn’t be happier with the musical path that has led her to this point.

The Port Colborne resident has enjoyed an amazing career over the past 10 years  that culminated in inking a record deal.  Says Crites: “My career so far has been going amazing every year and it seems I get to achieve another mile stone that I never thought was possible.  Starting out as a little girl with a dream and a karaoke machine and now amazing shows and recognition after inking a deal with record company Sonorous Records who helped guide me and promote this latest release which  I couldn’t be more thankful for!”

The CD also has a personal meaning beyond the spirit of Christmas for Crites. ” I originally did this holiday collection in memory of my grandma who had passed shortly after I was born in 94 as my family had made the promise to keep her memory alive and one thing I remember being told was her extreme love for Christmas. ”

Crites says there are 2 Christian themed songs especially chosen for her grannie but describes the overall feel of the music as something for everyone.” I just want the listeners to feel something like I did while singing the material because it really comes from my heart and I wanted to celebrate this release with everyone possible while helping the community.  That’s why I’ve teamed up with United Way for the CD Release Party Event and am asking folks to bring along a non-perishable food item or new unwrapped toy to benefit Women’s Place.”

The party night which is themed “helping others” starts at 7 pm and will also feature a live performance by Chelsea showcasing all the songs on the album, as well as limited edition copies of the album, a photo-booth, raffle table and more.  Also on hand will be Niagara Music Award winner Cory Cruise.

The all ages event will also have Santa in attendance and tickets are $20 at the door, or they can be purchase at eventbrite.com