Santa Claus Comes to Grimsby and Port Colborne this Weekend! 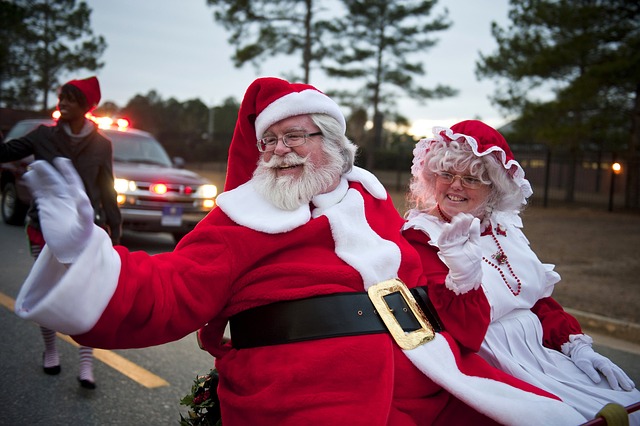 The spirit of Christmas is in the air and Santa Claus is coming to town this weekend in Grimsby and Port Colborne.

The Grimsby Santa Claus Parade is one of the longest running events in Grimsby and will start on Sat. Dec 2 at 5:15 pm. The parade moves eastbound along Livingston Ave. to Main St. W at Town Hall and ends at the Ontario St. intersection.

The Firefighters Association will be  collecting donations along the route supporting the Grimsby Benevolent Fund.

Each year the parade consists of approximatley 90 entries which includes community floats, walking groups, marching bands and various entertainment.  This year’s theme is 150 years of Canadian traditions.  For more information go to the official website HERE.

On Dec 2 at 6:30 pm Santa will be then making his way to Port Colborne for the annual lighted Santa Claus Parade.  The route starts at Port Colborne High School and finishes at Market Square on Charlotte Street.

Kids can meet up with Santa after the parade at Guild Hall and the Port Colborne Fire and Emergency Services will be there collecting unwrapped toys for kids 0-18 as well as non perishable food items for Port Cares.  See Below: Lots of other activities are also happening in Port Colborne including the Teddy Bear Toss at the hockey game tonight: Breakfast with Santa for the earlybirds will be a fun addition to the day of the Santa Claus Parade.  See details below: The Grand Old Christmas Festival will start up on Dec 3rd at the Port Colborne Museum. See below: For more details on the Port Colborne events please visit their website HERE.