Police now say they have a wanted man in custody after a serious incident that left a woman in hospital Monday afternoon.

Joseph Caligiuri, 27 years of age turned himself in yesterday and was arrested without incident.

He is charged with attempted murder after a woman was attacked near the Chippawa Boat Ramp Park in the area of Lyons Creek Road and Sodom Road and then airlifted to an out of region hospital with serious injuries.

As of yesterday the woman’s condition is listed as critical and there have been no updates to this information.

Police were called to the area of Lyons Creek Road and Sodom Road at about 12:30pm  January 15th where they found a woman who had been injured and had to be airlifted to an out-of-town hospital for treatment.

Investigation by 2-District Criminal Investigations Branch (CIB), Forensic Services Unit, Emergency Tactical Unit  and the K9 Unit led to the identification of a suspect who is identified as 27 year old Joseph Caligiuri  pictured below.  He is described as 5’9″ with a thin build and dark hair. 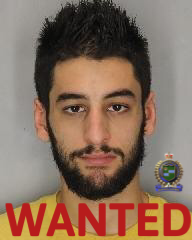 He is believed to be driving a 2011 Silver Jeep Wrangler, license plate BLYK 688 similar to the picture below. Police consider Caligiuri to be armed and dangerous.  If a member of the public sees him or the suspect vehicle they are asked to call 911 immediately.