Here’s The Latest for Canada at Winter Olympics! 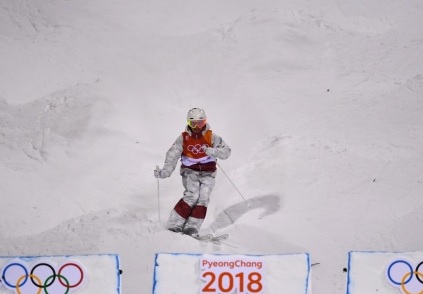 In recent Olympic news, Canada has clinched a gold medal at the  Pyeongchang Olympics in South Korea.

Three Canadians qualified for the finals: Kingsbury, Marc-Antoine Gagnon and Philippe Marquis, with Kingsbury in the top position going into the final runs. Both Kingsbury and Gagnon made it to the last run.

Kingsbury won silver at his Olympics debut in Sochi, behind fellow Canadian Alex Bilodeau. Since then, he’s dominated the sport, winning six straight Crystal Globes as the overall World Cup champion for both moguls and all of freestyle skiing.

Other Olympic news for Canada…

Daleman’s 137.14-point performance added eight points to Canada’s cumulative score, bringing it up to 63. Olympic Athletes from Russia were second at 58 and the United States was third with 53. Daleman’s performance got gold because neither Russia or the U.S. could catch the Canadians once Virtue and Moir stepped on the ice with a great performance (pictured below) The pair took top spot in the free dance with 118.10 points. That brought the Canadians final score up to 73, well ahead of the competition.

Within an hour of the figure skating gold, Canadian snowboarder Laurie Blouin earned silver in the women’s slopestyle and overcame high winds for a clean second run for 76.33 points. The reigning world champion from Stoneham, Que., Blouin was second behind American Jamie Anderson, who scored 83.00 on her first run. Enni Rukajarvi of Finland took bronze with a score of 73.91.

In mixed doubles curling, Canada moved within a victory of gold and assured itself of at least a silver with an 8-4 win over Norway in the semifinal.