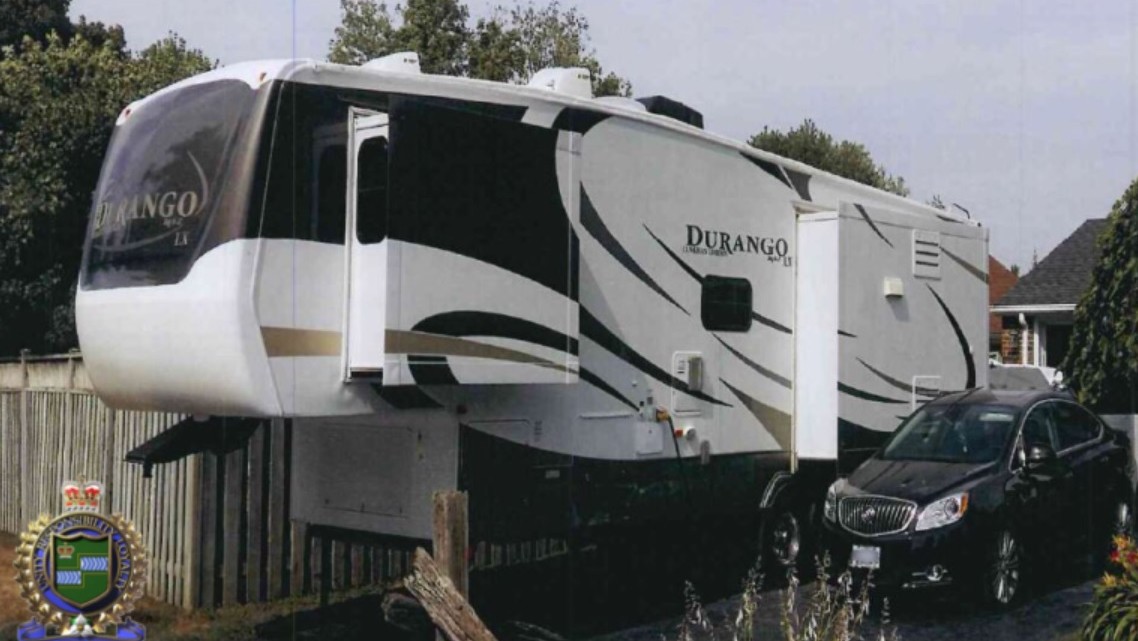 Police are investigating following the theft of a large camping trailer from a driveway in Niagara Falls.

Uniform officers were called to a home in the area of Francis Ave and Carman Street in Niagara Falls. when the resident reported that when they returned home late in the evening of March 31, 2018 their cream coloured 2008 Durango KZ was missing from the driveway.

The trailer has an Ontario license plate J1411H and requires a “fifth wheel” to be towed, which was also stolen from the residence.

Please see the attached picture of the stolen trailer.

Anyone with information is asked to contact Constable Shawn Haley via email Shawn.Haley@niagarapolice.ca