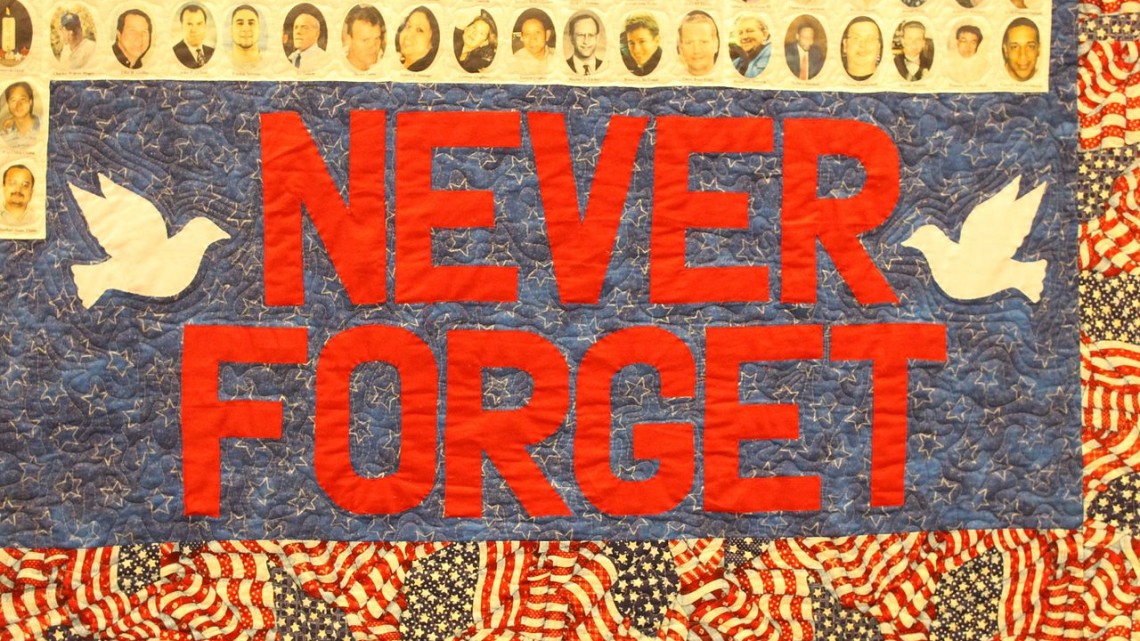 Americans are commemorating 9/11 today when attacks that were acts of terrorism killed nearly 3,000 people in 2001 at the World Trade Centre, the Pentagon and the Pennsylvania field.

Thousands of 9/11 victims’ relatives, survivors, rescuers and others are expected at today’s anniversary ceremony at the World Trade Center, while U.S. President Donald Trump and Vice President Mike Pence will head to the two other places where hijacked planes crashed on Sept. 11, 2001, in the deadliest terror attack on American soil.

The president and first lady plan to join an observance at the Sept. 11 memorial in a field near Shanksville, Pennsylvania, where a new “Tower of Voices” was dedicated Saturday. Pence is attending a ceremony at the Pentagon. Trump, a Republican and native New Yorker, took the occasion of last year’s anniversary to issue a warning to extremists that “America cannot be intimidated.”

Below, 8 year construction time-lapse movie for the Flight 93 National Memorial in Shanksville, PA. From August 2010 to September 2018, the commemorative movie highlights multiple phases of construction for the permanent memorial honoring the passengers and crew of United Flight 93, including the Wall of Names, Visitor’s Center and Tower of Voices.

Locally,  the town of Niagara on the Lake will hold its annual memorial from 9-11 am on Queen Street between Regent and King Streets.

Next post Reflecting on Summer Bike Nights as Fall Gears Up!