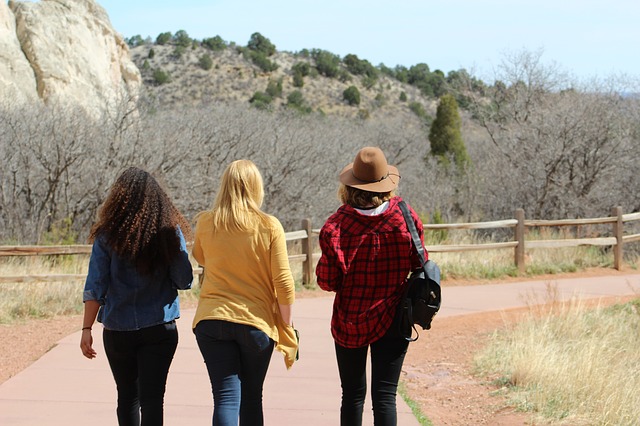 So how can you tell if someone you know is a close friend?  Research shows that close friendships are based on a simple factor: Time.  Let’s explore that…

Years ago I owned a house on a river. One day a hurricane was about to put my house in the river. I had about an hour to move as much as I could out of the house.

Doug and I had started working together a few years before and it turned out we had a lot in common. Lifting weights. Playing sports. Riding motorcycles. We lived less than a mile apart, and carpooled in the winters to save money.

So I called Doug. I knew he would rush to help. It wasn’t even a question. I knew, without thinking about it, that he would.

Why? Doug wasn’t just a casual friend. He wasn’t just a friend friend. Doug was what University of Kansas professor Jeffrey Hall calls a “close friend.”

So how can you tell if someone you know is a close friend? Simple: Estimate the hours you’ve spent together.

According to Hall’s research on friendship, here’s how long it takes to go from acquaintance to close friend:

Keep in mind those hours must be spent in proximity: Spending time together, doing things together, engaging in leisure pursuits together… texting, liking photos, even long-distance friendships… those things, while certainly meaningful, don’t really count.

As Hall says, “As the portion of time spent engaged in joint leisure activities increases, friendship closeness will increase.”

Nor does time spent together at work necessarily count.

Workplaces and schools are closed systems wherein members have little influence on who else is included in the group (Berscheid & Regan, 2005). Such relationships are much less durable after 7 years compared to purely social non-kin relationships (Mollenhorst et al., 2014).

The amount of time (spent) with coworkers and classmates is likely a poor indicator of closeness.

Researchers call those “closed system” relationships: Where interactions are more obligatory and not necessarily by choice.

Or in simple terms: You can’t choose the people you work with — or your family — but you can choose your friends. That distinction is important, since the correlation between time spent together and friendship closeness is weaker in closed system relationships. Which is why, even though you may have worked beside someone for years, when one of you leaves… the “friendship” ends, too.

And then there’s the time factor. Surely you’ve hit it off, almost immediately, with at least one person. You clicked. Then something happened, the relationship suddenly cooled, and you realized you weren’t that close after all.

Clicking is great, but clicking is relatively superficial. As with any relationship, it takes time to develop a deeper bond.

So why does all this matter?

Because having a few close friends matters.

The 2005 Australian Longitudinal Study of Aging found that close relationships with children and other relatives had very little impact on longevity, but people with the most friends tended to outlive those with the fewest by 22 percent.

In addition, a clinical review of nearly 150 studies found that people with strong social ties had a 50 percent better chance of survival — regardless of age, sex, health status, and cause of death — than those with weaker ties.

All of which means friendship is a numbers game — but not in the way you might think.

The key isn’t to try to have a tons of friends. The key is to have two or three close friends — and then, of course, to have plenty of people in your life who may not be close friends but are fun to be around, with whom you share a mutually beneficial relationship or specific interests….

You don’t need to be less friendly.

You just need to nurture the most important relationships in your life.

Which means putting in the time.

Next post Police Investigation into Illegal Weapons Leads to Arrest