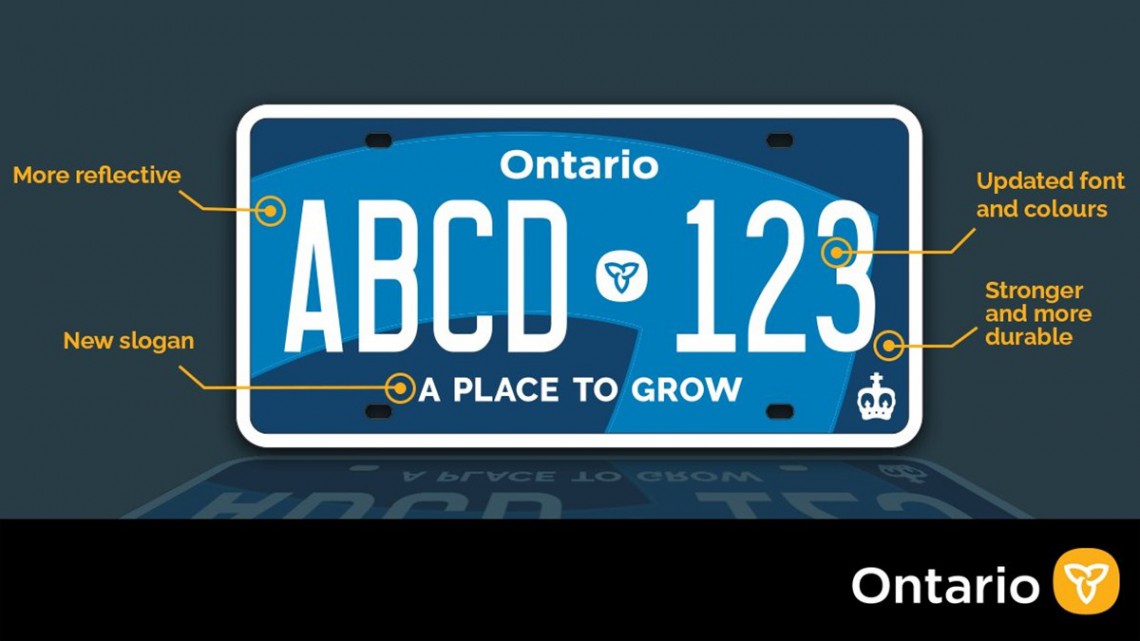 The latest model of Ontario’s licence plates has hit a roadblock as they have been deemed defective.  Turns out they can’t be seen properly in the dark and now they will have to be replaced.

House leader Paul Calandra said the government is disappointed the defect appeared just weeks after the new model, manufactured by 3M Canada, was introduced. He said the government expects the company will foot the bill for the repair and replacement of the plates.

In a statement Feb. 20, the government said 3M is currently working on a new “enhanced licence plate” which is expected to be available in less than three weeks. People who have already have the new plates will receive the enhanced version in the mail, the government said.

Approximately 49,000 of the new plates have been distributed to Ontarians, and a further 134,000 are currently in Service Ontario locations, the government said.

“Ontarians will continue to receive the current plate, launched on Feb. 1, through Service Ontario locations until an enhanced plate is available,” Consumer Services Minister Lisa Thompson said in a statement. “We want to reassure Ontarians that the current plate does not pose a risk to public safety.”

The problem was first raised over the weekend when an off-duty Kingston, Ont., police officer posted a picture of an unreadable plate in a well-lit parking lot at night (pictured below). A number of groups have expressed concerns about the impact the problem could have on public safety.

After initially defending the plates and insisting they had passed rigorous testing earlier this week, the Ford government backtracked Wednesday and acknowledged there was a problem with the new models.

3M Canada said it has committed to providing the new enhanced plates to the government so that they can tested by law enforcement.

“We stand behind our products and continue to actively provide solutions to the Ontario government,” the company said in a statement.

Next post How to Know if Someone is a Close Friend