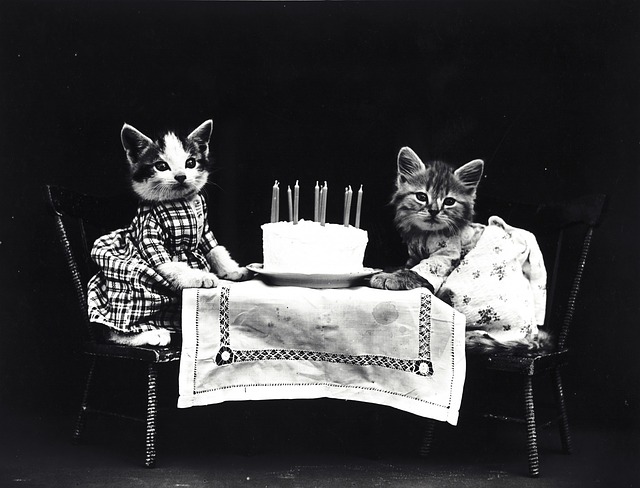 How do you see your pet? Are you a pet owner or a pet parent?

More than half of Canadian households include a pet. In the U.S. it’s almost 70 per cent.  In the Stone Age, when I was young, having a pet meant feeding it and keeping it in at night.  If you were lucky, your cat went on rodent patrol and your dog didn’t chase cars.  In my family, mice were often spotted in the kitchen only a few feet from the cat, and the dog relentlessly chased every moving object on the road.  On farms nearby, cats were in the barn on rodent patrol day and night, and dogs were always outside, often chained up.  That was it.  That was the norm.

Nowadays I overhear snippets of talk about doggie daycare, dog obedience classes, and I see startling outfits including ribbons and bows on dogs being walked around town.  One of my neighbours recently hired a cat nanny to help her remove mats of fur from her aging long hair once a week for three weeks.  What’s happened here?  We’ve turned from pet owners into pet parents. An extreme case is the famous French clothes designer Karl Lagerfeld (think elegant black suit, white high-collared shirt, long white hair tied back with a black bow, and sunglasses). A couple of years ago, he fell in love with a white, long-haired kitten he was cat-sitting for a friend.  His friend let him keep it. He named it Choupette, from “chou” (literally “cabbage,” a French endearment like “sweetie”) and “pette” (a word play on English “pet” and the French femininization “ette”). He has posted thousands of photos of his beauty. Only the best for Choupette. She has round-the-clock service from two maids. Only gourmet foods (never eaten off the floor), a chauffeur-driven car, an iPad to amuse her, a blog and every other social media account.  She’s been featured in Vogue and Vanity Fair. Right now she’s about to launch a make-up line and a lifestyle book.  Obviously, Karl Lagerfeld is a cat parent.

Meanwhile, cat cafés are springing up everywhere.  Café des Chats (with eight cats and many cat toys) opened in Montreal only a couple of weeks ago. How did this happen? Critics usually blame the pet industry.  They’ve successfully pushed doggie day spas, like Winnipeg’s White Lotus. Doggie gourmet treats    like “pupcake” are a big seller. So are pet birthday parties – even (gasp!) pet weddings! At Jet Pet Resort at the Vancouver International Airport, pups can relax in posh suites with TVs and chandeliers and enjoy massages and room service.  Check out your local pet store.  You might be surprised to see what they’ve got going.  My son swears by his laser “red spot” laser cat toy.

It’s a sobering thought.  Canada’s pet spending is likely to hit over six and a half BILLION dollars by the end of 2014.  There’s even the start of a backlash. Torie Bosch, editor of American magazine Slate has published  “I Am Not a Pet Parent.”  She argues that pet parent is watching you, sizing up your weak spots in expensive pet enhancements.

When it comes down to adoption fees and annual shots and animal diseases or injuries, though.  Those 50 per cent of Canadian households are definitely owners.  Come to think of it, those costs (except adoption, usually) are paid by parents too.  There’s got to be a happy medium between pet parents who over spoil their pets and pet owners who provide for only the basic needs of theirs.

Maybe it’s time for a new term here. Guardian? Steward?  Not catchy enough, I guess.  What do you think?  Has the face of pet owners changed? Would you consider yourself a pet parent?  Comments Welcome!

Previous post It Really Is Becoming a Staple-Free Society