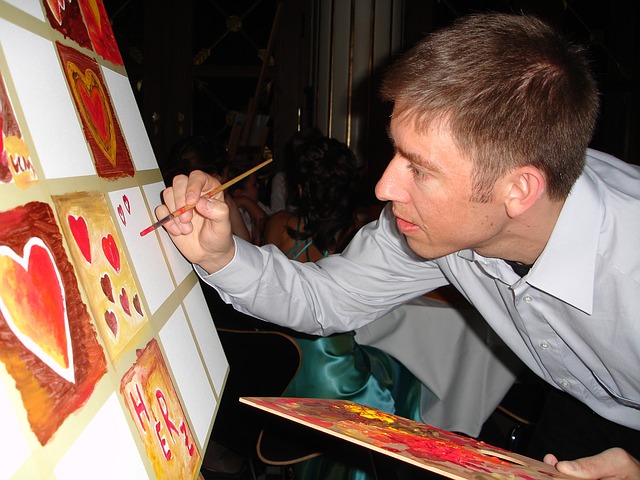 I used to want to be a writer. Really badly.

In fact, when I quit my job to go to college I did so partly driven by a dream of seeing my name on a book display in a Barnes and Noble.

My journey toward being a writer started well, and my creative writing instructor connected me with a friend that was an editor for W.W. Norton and specialized in nurturing young authors. Over the course of a few meetings this editor gave me feedback on a story I was working on, and encouraged me to stay in contact as it developed.

It was an amazing opportunity. And it scared me to death. I quit writing a few days after our last meeting, and never wrote fiction again. When I spoke to that editor I began to see a path to the things I had hoped for, and I couldn’t handle it.

I wish there was something more insightful to say about that, but the reality is that I got scared and quit, and life continued to happen. The timing was never right to get a redo on that decision.

But writing remained a passion of mine, though I had to figure out a different way to pay my bills.

There are lots of reasons why the things we are passionate about don’t become our careers. For some people it is a matter of timing. In my case it was crippling self-doubt.

That’s life, but it doesn’t have to be the end of the story.

I didn’t become a writer, but life still turned out pretty good for me. And writing obscure fiction isn’t exactly a way to support the multitude of people in my house (like Chicago voters, my wife and I bred early and often). But there has always been a bit of a hole in my life, and curiosity about where being a writer would have taken me.

One thing I do know is that I wouldn’t trade the ability to have and support my family for being a writer, but I do miss it. That’s the primary reason why I enjoy writing these blogs so much. It gives me the chance to do a version of something that at one time meant so much to me.

When it comes to career advice, we are often told to “follow our passion” or “do what we love and the money will follow”. That does happen for some, and I’m really happy for people that have had that experience. But the reality is that there are either a lot of people who dreamed of being financial analysts and customer service managers when they were children, or a whole lot of people who dreamed of being something else until those dreams collided with the real world.

That said, adulthood doesn’t mean having to give up on dreams we had earlier in life, but it does frequently mean having to resize those dreams to fit within our other responsibilities.

George Eliot said “It’s never too late to be what you might have been.” It might be too late to do what you love for a job, but it’s not too late to do it for its own sake.Write a blog. Act in a play. Be the home run king of a softball league. Join a garage band.

Fit your passion into your life in a way that still allows you to put grilled cheese on the table.

And the next morning wake up and analyze a financial statement—and consider yourself lucky.