No Doors, Windows or Licence Plates – Why Are You Pulling ME Over Officer?! 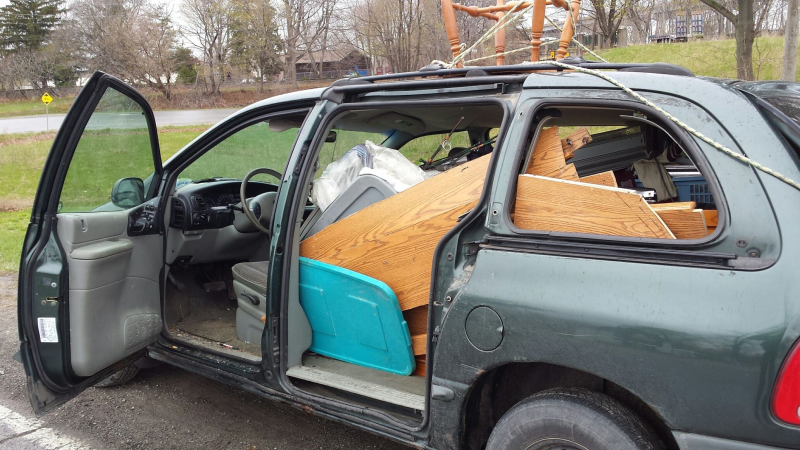 According to police, on Monday, April 27th, 2015 at 10:13am a member of Niagara Regional Police Service Special Enforcement Unit  was conducting a distracted driving enforcement exercise on Queenston St at the Welland Canal in St.  Catharines.  Police were monitoring traffic travelling westbound on Queenston Street as vehicles crossed the Welland Canal on the Homer bridge.

The officer’s attention was drawn to an unplated green 2000 Dodge Caravan as it had no sliding side doors,  the rear side windows were missing, numerous items sticking out the sides of the van, a wooden stool was tied to the vans roof,  and a slow moving vehicle sign was affixed to the tailgate. Police stopped the vehicle and the male driver immediately admitted to being a suspended driver and that there was no insurance on the vehicle.

Investigation revealed that the male had been stopped driving the same vehicle on the roadway in Fort Erie two weeks earlier.

The 66 year old male driver was issued a court date and charged with:

1. Driving while under suspension

5. Fail to apply for permit on becoming owner