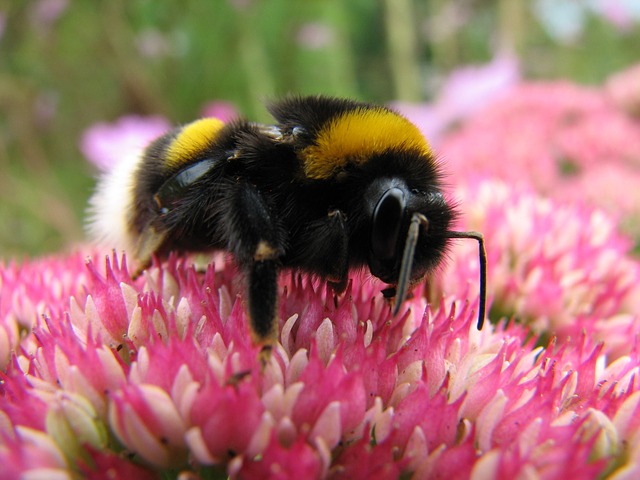 Canada’s hesitation …i.e. its wait and see policy on neonicotinoids, (a class of insecticides that has been reported to affect the central nervous system of insects, resulting in paralysis and death and blamed for the widespread death of bees), is at the same place France was five years ago according to researcher Jean-Marc Bonmatin with the French National Centre for Scientific Research.

Bonmatin says after reviewing thousands of studies on neonics after rapid declines in insects in Europe were found, he found there was a clear connection between what happened with DDT (dichlorodiphenyltrichloroethane, a commonly used pesticide that was banned in 1972 after its negative  long lasting affects were discovered) and what is happening now with neonics.  He says that the chemicals pose a real threat to all invertebrates including butterflies, earthworms and aquatic invertebrates. Bonmatin was in Toronto recently as a guest of the David Suzuki Foundation to help get Ontario’s plan to dramatically restrict neonic use for the next growing season in motion.  It is interesting to note that Ontario is, to date, the only Canadian jurisdiction to consider restricting neonic use, beginning next spring with corn and soybeans.

Even here though, some grain farmers are saying they have been planting neonic-treated seed on their farms for many years and  still see plenty of earthworms, birds, fish in the stream, and bees so they think the ban is just part of an over the top anti-pesticide agenda.

Neonic-treated seeds were designed to be an alternative to widespread spraying of fields and to contain pesticide use to the individual plant. But its critics have said the powerful toxin is still finding its way into the larger eco-system. In 2013, Europe imposed a two-year moratorium on three popular neonics in use for some applications and now France has decided to demand an extension of the moratorium and to widen it to include all neonics. The other European countries could likely follow suit.

During the moratorium, bee losses were lessened from 30 percent to 10 percent without any negative impact on crop yields according to Bonmatin. He also says there is conclusive evidence of “a cascade effect to other species, such as birds, smaller mammals and even humans,” saying neonic use is a public health issue.

Health Canada is currently re-evaluating the very popular insecticides and their impacts on honey bees, other animal life and the environment and in the meantime there is lots of  conversation being had on this issue.  The arguement exists that Canadian farmers may be prisoners of the pesticide lobby and will not change up their practises unless products are banned, which, if true, emphasizes the need for regulation.  Some farmers disagree however, saying they will use what they choose and banning pesticides can actually be BAD because it forces them to use other method of pest control like ploughing which can cause soil errosion and  leaching into soil and water.

Here is a video that describes more about Neonics as seen through the eyes of British bumblebee ecologist Dr. David Goulson.

Dr. Goulson is a professor of biology at the University of Sussex in the United Kingdom.

What do you think?  Much adieu about nothing or do we need to look more closely at taking action?

Previous post How the Rich Say They Got Rich