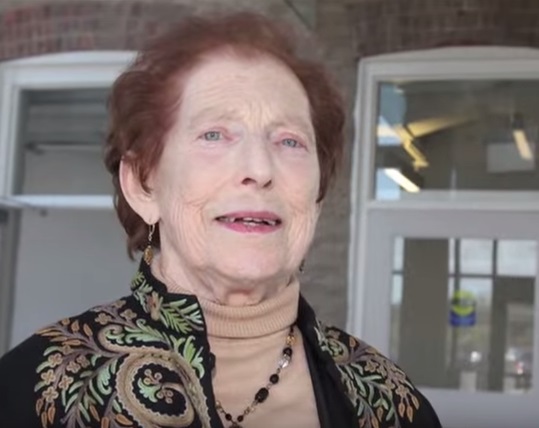 Marilyn I Walker has died . She was 80 years of age, and had been in failing health for several months.

Her passing came 13 days after she attended the Sept. 18 official opening of Brock University’s Marilyn I. Walker School of Fine and Performing Arts, in downtown St. Catharines.

In 2008 she made history and headlines when she donated $15-million to Brock University’s School of Fine and Performing Arts, which was renamed in her honour. It was the University’s largest-ever gift and ultimately the catalyst to create the new Walker School downtown which is a state-of-the-art learning complex that has placed 500 students and faculty into the heart of Niagara’s largest urban centre.

Walker was a passionate advocate of the arts as well as a generous philanthropist. She was also one of North America’s leading fibre artists and a creator of sophisticated quilts.

Brock University President Jack Lightstone called her death “a loss that will never be replaced.”

Walker helped create positive change in Niagara long before the new Walker School was ever imagined for downtown St. Catharines. She was involved for many years with the St. Catharines chapter of the Canadian Federation of University Women, and was instrumental in sustaining the St. Catharines Area Arts Council, Bethlehem Place and Women’s Place.

In recognition of her many achievements and enduring friendship, Brock University awarded her an honorary doctorate at its 2008 Fall Convocation.

In 2007 she was awarded a Mayor’s Patron of the Arts Award by the City of St. Catharines for her significant contributions.

Here is a video of Walker where she talks about the importance of the arts and why she supported Brock’s new downtown arts school project.

She will be greatly missed.

Next post Niagara Spas: Relax and Rejuvenate at these Top Faves!