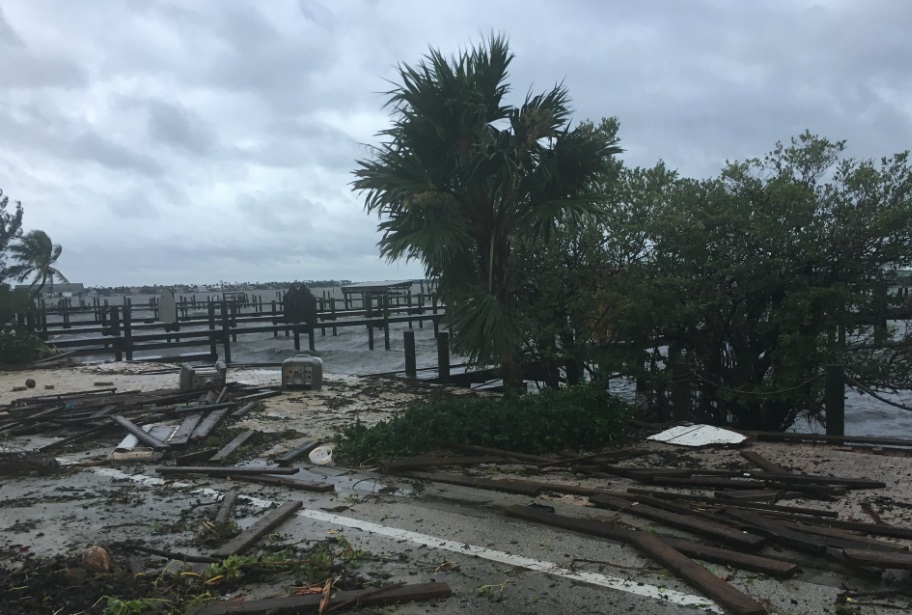 Hurricane Matthew is blasting eastern Florida’s Space Coast, and is set to deliver a punishing combination of storm surge flooding, rainfall flooding, and destructive winds in northeast Florida, Georgia, South Carolina, and southern North Carolina into the weekend. Some areas near the coast in Georgia and South Carolina may see flooding comparable to last October’s event. Wind gusts as high as 107 mph have been clocked at Cape Canaveral, Florida, prompting a rare NWS “extreme wind warning”, as the hurricane’s western outer eyewall scrapes the Space Coast.

“We’re only halfway through, we’re going to have more outages,”said Scott. “Power saves lives. We want everybody to get their power back as soon as possible.”

-Wind gusts over 100 mph have already been measured at Cape Canaveral.

-The magnitude of the flooding in coastal South Carolina could match last October.

-Matthew will then meander off the Southeast coast well into next week.