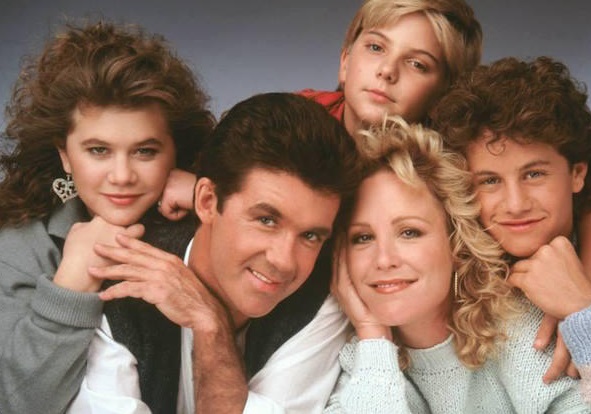 Alan Thicke had died at the age of 69 after suffering a fatal heart attack yesterday while playing hockey.

Thicke, a Canadian idol was best know for his role as the father, Doctor Jason Seaver on the ’80’s sitcome Growing Pains. He had also recently appeared in the “Fuller House” TV show. Remember the trailer below?

Thicke was born in 1947 and was a popular talk show host on Canadian television before making his name in the United States. He went on to be nominated for three Emmy Awards in the late 1970s as a writer for Barry Manilow’s talk show, and had other successes which included a talk-music variety show in the 80’s called  “Thicke of the Night”, a talk-music-and-comedy show meant to take on Johnny Carson’s Tonight Show which never really got wings.

Besides his work in front of the camera, Thicke was a musician and composed several theme songs, including the “The Wheel of Fortune” tune and for shows such as “The Facts of Life” and  “Diff’rent Strokes.”

Hi son Robin Thicke has gone on to make a name for himself in the music business as well. Alan is survived by his wife Tanya Callau and his three kids – Robin, Brennan, and Carter.