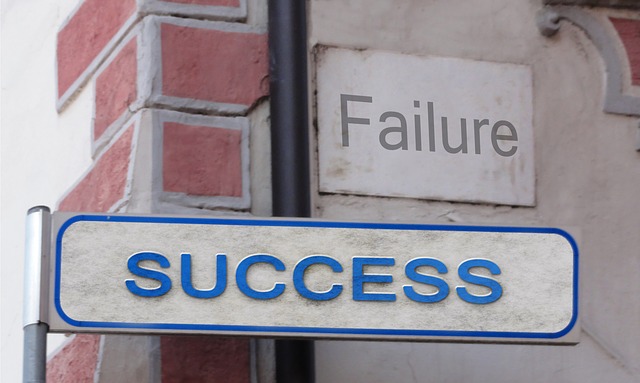 The Day Most New Year’s Resolutions will fail according to extensive research by Strava is January 19th or “Quitter’s Day” as they have called it.  The research conducted used over 800 million user-logged activities in 2019 to come to its conclusions.

You’re probably painfully familiar with New Year’s resolution statistics, if only because you’re one of them: Whether it’s a small, (seemingly) easily achievable goal or a huge, life-changing goal, people tend to fail at the same rate: Approximately 80 percent of people who make New Year’s resolutions have dropped them by the second week of February.

Many don’t make it nearly that long.

While it’s certainly harder to achieve a huge goal than a small one, the difficulty of the goal you set isn’t nearly as important as whether or not you develop the kind of habits that allow you to achieve that goal.

Otherwise, you’re just wishing and hoping. Your intentions are great, but unless you develop new habits… your chances for success are basically nonexistent.

So let’s fix that. Here are some simple steps you can take that will not only help you actually stick to your New Year’s resolutions, but more importantly achieve any goal you set.

First, turn your resolution into a specific, measurable goal.

What’s a better goal? Maybe “lose 10 pounds in 30 days.” That’s a specific, measurable goal. Not only do you know what you want to accomplish, but you can create a process guaranteed to get you there. Set your workout schedule, lay out your diet plan… then just follow your plan.

Here’s another example. “Expand my business” sounds great, but what does it actually mean? “Land six new customers a month” lets you to determine the steps you should take to meet that goal.

The key is to set a goal so specific that it’s easy to work backwards to create a process you can use to achieve it.

Then, piggy-back on current habits. This year, one of my goals is to be able to do a muscle-up.

Since I regularly go to the gym — working out is a long-established habit — I don’t need to create a new habit. I just need to piggy-back on an existing habit.

I don’t have to force myself to go to the gym; I’m already there. I don’t need to create a totally new habit; instead, I just have to modify an existing one.

Say your resolution is to drink more water, and your goal is to drink two additional 8-ounce glasses a day. Simple: Keep a glass on your bathroom sink, and after you brush your teeth — a habit already well established — drink a glass of water. Do that when you wake up and before you go to bed and boom: You’ll stick to your resolution.

Whenever possible, piggy-back on an existing habit. It’s a lot easier than trying to introduce and adopt a new habit.

And make sure you engineer your environment.
Introducing a little choice architecture can make it a lot easier to develop new habits — and overcome your natural resistance to doing difficult things.

Want to eat more fruit? Great: Keep a bowl of apples on your desk. Want to eat less ice cream? I do: So I make sure ice cream never makes it into our house. Want to get off to more productive start each day? At the end of every workday, decide what you’ll do first tomorrow, and then lay out everything you need to immediately start. That way you won’t have to summon up the willpower to get started — you can just sit down and go!

Choice architecture is a great way to avoid needing willpower — and to do the things you really want to do.

And actively measure your progress.
My wife gave me an Apple watch. Didn’t think I needed one: Not only am I one of the least virtually-connected people I know, I also didn’t need a wearable fitness device to help keep me on track.

Key word is “need.” Turns out it’s fun. I like seeing my stats. I like closing rings. I like keeping streaks alive. The watch has added a fun dimension to habits already in place… and has helped me develop a few more.

We tend to be what we measure — so find simple ways to measure what you want to be.

And then stick to them.

Because an unexamined life tends to be a life without goal achievement. And don’t sweat the bad days.
Good habits are extremely hard to develop, and really easy to break.

Say you’re trying to lose ten pounds. You’ve been on track for a couple weeks… but then one day you can’t resist the ice cream… and then you can’t stop eating it. (I can easily polish off half of a half-gallon in one sitting.)

Since you blew your diet, you figure the day is shot. So you binge at supper, too. And then you wake up the next day feeling defeated, feeling like you’ve blown it… and boom: No more diet.

Perfection is impossible. Sometimes you’ll slip. Sometimes you won’t do what you planned to do. That’s okay — accept it, own it, and then get back on the new habit horse.

If your plan is to cold call ten prospects a day, but one day you only manage five… fine: Make sure you make all ten calls tomorrow.

What matters is the long term. While you might occasionally fail, see a setback as just a setback — not a deal breaker.

Because no one is perfect.

But if you stick with it, you will be pretty darned great.

And you’ll be the kind of statistic you want to be.