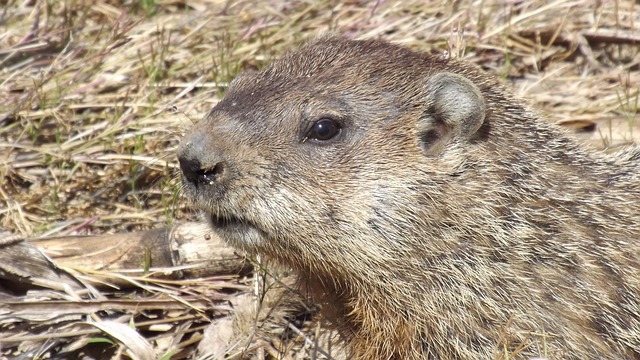 First off…Punxsutawney Phil, the famous groundhog meteorologist from Pennsylvania, DID NOT see his shadow this morning — and so, according to legend, 2016 will be an early spring.

But if you look at history, Phil isn’t really that great a predictor of things or a particularly accurate meteorologist, according to an analysis from the National Oceanic and Atmospheric Administration, which tracks climate data.

The last time Phil successfully predicted the weather was 2014, when he saw his shadow and both February and March had below-average temperatures. Before that, the last successful prediction was in 1999.  Groundhog Day DID make for a great movie however:

THE HISTORY OF GROUNDHOG DAY:

Every February 2, thousands of people gather on Gobbler’s Knob, a hill outside town in Punxsutawney, Pennsylvania. They wait for hours in the pre-dawn freezing cold, and while there are bonfires and fireworks, the highlight is a brief moment when 15 men in top hats report whether a famous groundhog — the one they call the “Seer of Seers, Sage of Sages, Prognosticator of Prognosticators” — saw his shadow.

It’s based on a very old superstition that the weather on February 2 predicts what the rest of winter will be like. On the Christian liturgical calendar, February 2 is Candlemas Day . And fear that a sunny Candlemas day means a longer winter is widespread in folklore from throughout Europe in the form of rhyming proverbs:

English fishermen: “When the wind’s in the east on Candlemas Day / There it will stick till the first of May.”
An old German proverb: “The shepherd would rather see the wolf enter his stable on Candlemas Day than the sun”
In Scotland: “If Candlemas Day be dry and fair / the half o’ winter’s to come and mair [more].”
Some of these superstitions, including in Germany, England, and Eastern Europe, were linked to animals, particularly bears. The bear, who hibernates in the winter and returns to the spring, is a symbol of rebirth after the long winter. If a bear saw his shadow on Candlemas Day, the superstition went, he’d return to his den, foretelling a longer winter. This superstition changed over time with the local fauna. In Germany, the bear became a hedgehog. When Germans emigrated to Pennsylvania, the hedgehog became a groundhog.